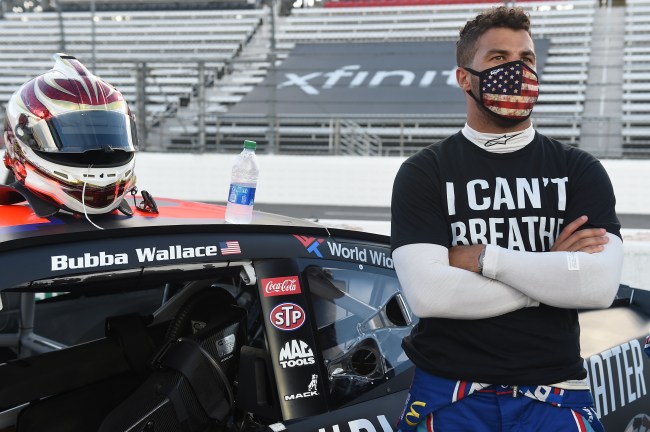 Dustin Skinner, the son of former NASCAR driver Mike Skinner, made some disturbing comments on social media in regards to the news that a noose had been allegedly found in Bubba Wallace’s garage a few days ago.

In a Facebook post, Dustin goes on to say he wished Wallace would have been dragged around the pit with the noose for destroying the sport by being vocal in support of the Black Lives Matter movement.

“Frankly I wish they would’ve tied [the noose] to [Wallace] and drug him around the pits because he has single-handedly destroyed what I grew up watching and cared about for 30 years now.

Dustin Skinner, son of NASCAR legend Mike Skinner, tweeted out this racist message aimed at Bubba Wallace in which he advocates for him being "drug around the pits" pic.twitter.com/JKNcgaLiWX

“I am devastated by what he said and have spoken with him regarding his comments,” “While I do not believe in airing family grievances on social media, I feel strongly that it is important I publicly state that his comments do not reflect the opinions of Angie or me, and we apologize to any fans and industry personnel who were hurt because of his comments.”

Dustin would eventually apologize for his comments but still says he disagrees with what Wallace is doing.

“I love everyone this was not about race at all,” “I disagree with what [Wallace] is doing, but it was stupidly foolish for me to say what I said and I truly regret every bit of it. If there was a way to take last night back I would. All I can do is say I’m sorry. I love everyone and wish the world to pull back together and us all find a positive way to agree or disagree.”