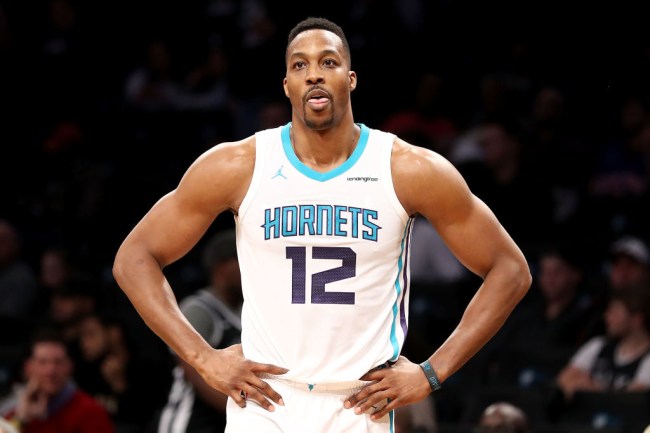 Dwight Howard has to be one of the most hated guys in the NBA because wherever he play his teammates always seem to hate his guts. Here’s an anecdote about how Atlanta Hawks players “cheered in jubilation” when Dwight was traded to the Charlotte Hornets.

Speaking on his podcast, ESPN.com’s Zach Lowe (said he had been told stories of “Hawks players learning about the trade and screaming with jubilation into their phones.” Lowe added some Hawks players had grown irritated with Howard:

“You ask why, and one account was that Dwight would give these speeches before the game about how everyone is playing hard, we want unity, we’re going to… and then go out and play like a blah game where he demands post touches and doesn’t rotate as hard as he could. And everyone is like, ‘Why are you speaking in the locker room?’ But that’s all anecdotal. It’s just crazy how these stories come out after every stop in his career.”

Today, Howard was traded by the Hornets to the Nets and once again we heard stories about how Howard’s teammates were sick and tired of him in the locker room.

"The (Hornets) locker room did not like Dwight Howard," @bwood_33 says on @SiriusXMNBA "Guys were just sick and tired of his act."

Via The Charlotte Observer

Also, for a man with a superhero body, Howard’s screen-setting was often “terrible,” according to the source. Howard and former coach Steve Clifford – who was always seen as “The Howard Whisperer” – also did not have nearly as perfect a relationship as was advertised and had at least one notable confrontation. And I saw firsthand some of the eye-rolling that Howard’s teammates did when they spoke about him.

It’s never good when your teammates hate your guts.