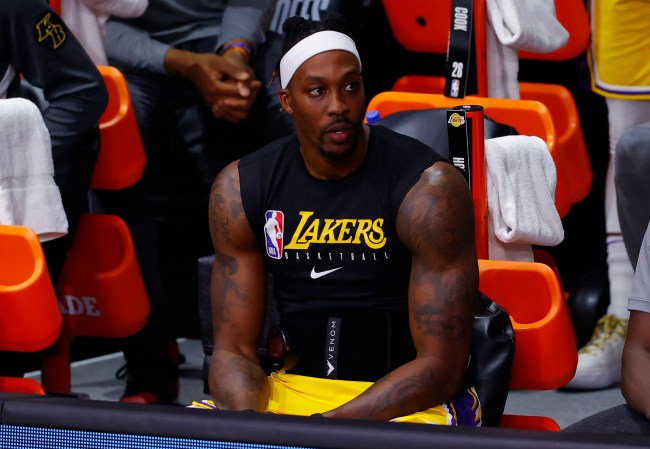 Dwight Howard continues to get put on blast for being a deadbeat dad.

Immediately after winning the NBA championship two weeks ago, Howard’s ex Royce Reed of Basketball Wives fame took to Instagram to rip Howard for allegedly neglecting his kids and not speaking to them in months while inside the NBA bubble.

Y’all better stop praising ppl based off a screenshot of their lives on tv and Instagram posts. Better yet… imagine having to text a 3rd party to try and find out if this person plans on seeing their 2 kids that live here and that they haven’t seen since July or SPOKEN to since August before they leave the city and the response is “I don’t know, I gotta see what the team doin”. A multimillionaire who can catch any flight with a choice to spend a couple hours with children who want to think he’s their own personal Superman. A child who REALLY NEEDS HIM RIGHT NOW! But… I hold this little boy at night through tears and anger. ”

“I comfort him. I raise him with love not through money. So anyone who has an issue with that F*CK YALL! Straight up! Braylon will always cause my lioness to come out! PERIOD! #mytherapistisgonnakillme”

Now Dwight’s 12-year-old son Braylon is speaking out for himself. In a video posted on Instagram, Braylon called out his dad for neglecting him.

Dwight Howard son speaks out after being neglected 😣 pic.twitter.com/kkR0UXRJzf

Braylon went on to repost an Instagram post from Christina Vest, the mother of Dwight’s other son, Trey, where she reveals that Howard has ignored his kids for months. Braylon captioned the post with “from my brother mom” “My dad isn’t a real dad. He don’t even talk to me and he know I’m sad and need him. I’m almost 13 so I can talk now.” 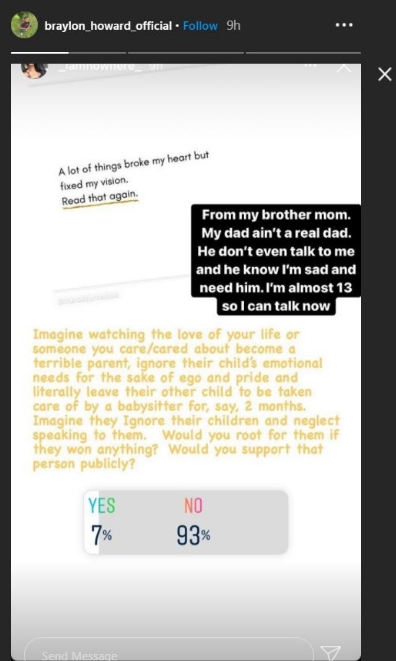 Hopefully, Dwight makes things right with his children because this is really sad to see.