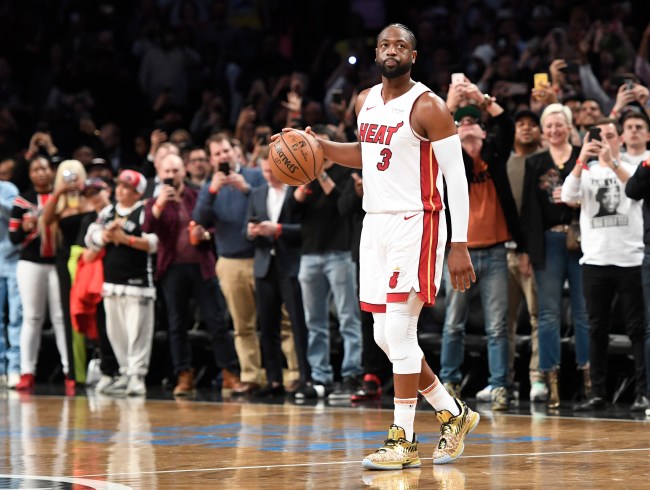 Dwayne Wade knows a thing or two about greatness. He put it on display regularly throughout his NBA career en route to multiple NBA titles and 13 All-Star game appearances. It makes him uniquely qualified to speak about greatness.

However, he had a take today that some might not agree with about one of the greats of the game.

“The game continues to keep moving forward, and so we’re gonna continue to see things we’ve never seen before. And the eyes are gonna get younger and younger.

While it’s hard to disagree with the idea that people’s perceptions of players change as time goes on, I believe there is one key point Wade is missing. The world has changed since Kareem played in the NBA.

The game’s popularity began to explode in the 80s, after a large chunk of Kareem’s career. MJ is one of the most popular players the league has ever seen.

He last played for the Bulls nearly 25 years ago and a documentary about that team was still all sports fans were talking about for weeks. Michale Jordan is at a level in the sports world that very few have ever reached or ever will.

It’s hard to envision a time that we’ll ever have the GOAT debate without a large segment of fans bringing up Jordan. Personally, I hope future generations will be educated about the greatness of Michael Jordan, especially when it’s so easy to find highlights on the internet.

Let’s hope Dwyane Wade is wrong and we never see the day that fans forget about Michael Jordan.