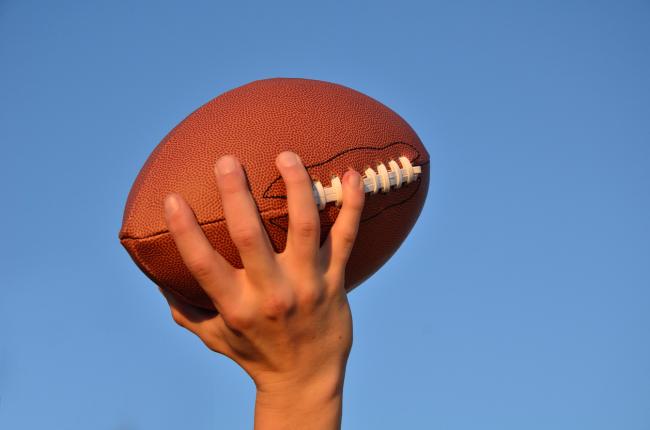 Dylan Raiola is only a rising junior in high school but his arm strength is already on par with that of NFL quarterbacks. The Ohio State commit is the top-ranked quarterback recruit in the Class of 2024 and it’s not hard to see why.

At 6-foot-3, 225 pounds, Raiola already has the size that is needed to compete on the next level and he will only continue to grow. Although he has two years of high school left, the Arizona-native has very few holes in his game and projects to be the Buckeyes’ starter for multiple years and has early-round NFL Draft upside.

When you watch his tape, his athleticism is encouraging and he displays good stature as a passer in the pocket and a very smooth, easy release. Raiola keeps his eyes downfield and is willing to stand in the pocket and deliver, even when the defense is closing in.

Dylan Raiola is 16 years old doing this. Patrick Mahomes 2.0, one may say.

All-in-all, he is a premier prospect who deserves the top rating in his class. There will be all kinds of comparisons to Patrick Mahomes because of his arm talent, athleticism and baseball background, but they are inherently different players in terms of how they operate.

They do share one thing, however. Mahomes and Raiola both have insanely strong arms— and the latter only just finished his sophomore year of high school.

During his appearance at the QB Retreat in Santa Monica over the weekend, Raiola showed off just how far he can throw. He slung it 72 yards downfield during the long toss competition.

Ohio State’s quarterback room is currently pretty crowded, but by the time Raiola gets there, he will have an opportunity to be near the top of the depth chart. As he continues to grow and get stronger, as will his arm. If he is throwing 72 yards now, imagine how far he will be throwing when he heads to Columbus.