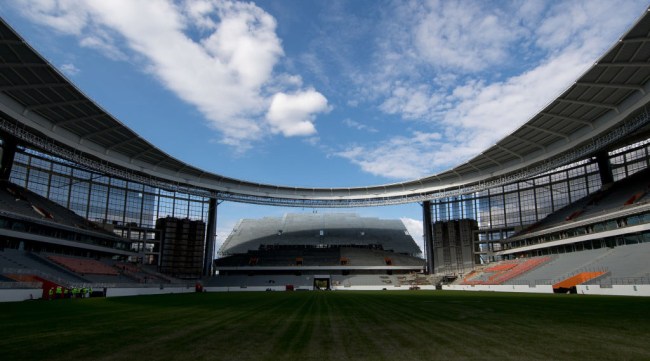 See that stadium in the photo above? That is the brand new Ekaterinburg Arena in Ekaterinburg, Russia which is where the 2018 World Cup will take place. Pretty nice looking place, huh?

And it is, for a 27,000 seat arena. Problem is, FIFA requires there to be more seats than that because 27,000 people just isn’t enough to line their pockets with a sufficient amount of rubles. You see that opening there way at the end of the stadium? Yeah, it wasn’t there before. To make room for more seats, which you can see in the photo, they cut open the stadium and added a temporary grandstand to raise the capacity to 45,000. A very, very frightening temporary grandstand. 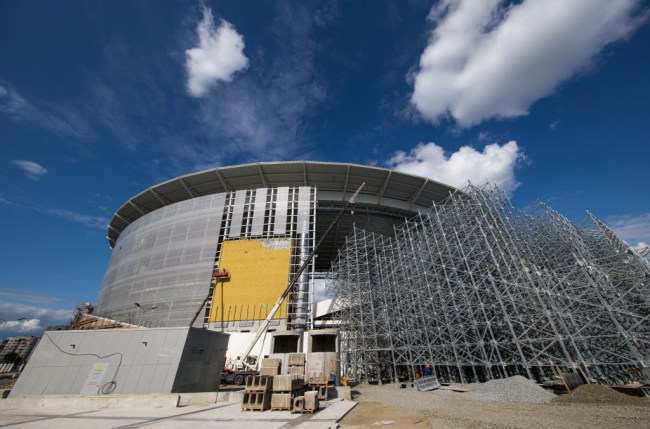 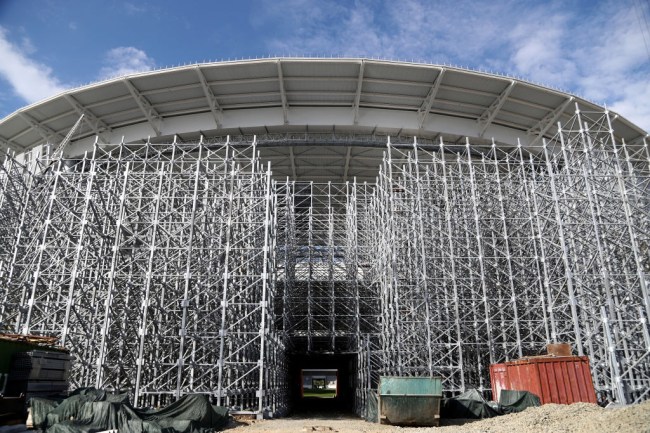 Russia needed the Ekaterinburg Arena to meet the 35,000 capacity rule for the World Cup…

So they did this 😂 pic.twitter.com/oxK5O4cEV9

Now check me on this, but aren’t the fans at international soccer tournaments, such as the World Cup, usually REALLY, REALLY rowdy, sometimes even making stadiums built out of concrete rock like there’s an earthquake happening?

Do you really want to be sitting anywhere in these grandstands when that starts to happen?

I know I sure as hell wouldn’t. No way that this can possibly end well, is there?