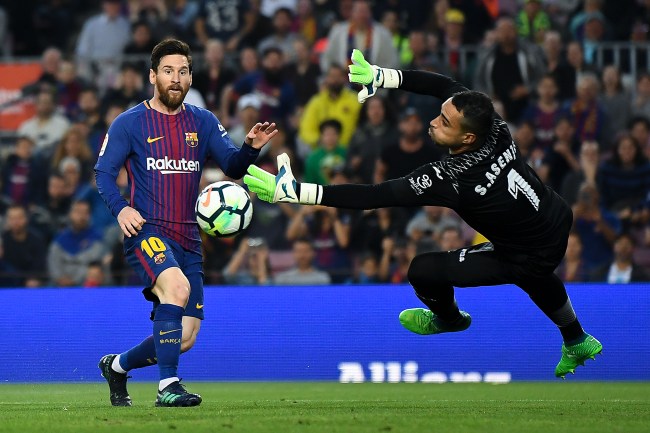 El Clasico, the matchup between Real Madrid and Barcelona, is the single biggest rivalry in the world of sports. It might not seem that way given that the teams are playing thousands of miles away in Spain, and this year’s different since Cristiano Ronaldo is no longer suiting up for Los Blancos to take on Lionel Messi and Barca, but this truly is the biggest sports rivalry on the planet.

I haven’t made it to Spain or Barcelona to see a true El Clasico in person but I was fortunate enough to attend El Clasico Miami two Summers ago when both Messi and Ronaldo played (and both scored). It’s an insane rivalry with some of the most rabid fans on the planet.

The host, Barcelona, currently sits atop La Liga table 18 points. Los Blancos from Real Madrid have been struggling as of late and look to turn their season around in this match against their biggest rival. Real Madrid sits at 7th in La Liga’s table with 14 points. Prior to this week’s Champions League win against Plzen, Madrid had lost three games in a row and was winless in their last four.

Currently, Lionel Messi’s Barcelona is the highest-scoring team in La Liga with 23 goals for the team so far this season. Conversely, Real Madrid is giving up about 1 goal per game on average. So if I’m a betting man, I’m taking Barcelona in this game.

Recent odds have Real Madrid at +220 to win and Barcelona at +100. It’s still very hard to bet against the most famous soccer club in the world despite their recent struggles.

As I mentioned above, if you don’t have cable and/or you’ve gotten kicked off your parent’s logins you’ll still be able to stream this game via Fubo.TV. It’s said to be the easiest way to watch games LIVE online and it’s totally free to sign up. So tune in before the 11:15am kickoff time to stream El Clasico LIVE!