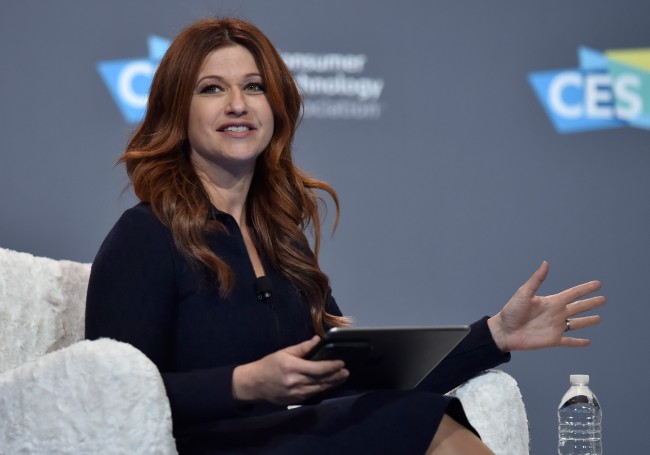 There’s a strange concerning news story coming out from inside the NBA’s Disney bubble regarding Rachel Nichols.

On Wednesday night, Deadspin reported that an anonymous person sent them four videos of Nichols being secretly videotaped having conversations with her ESPN bosses on the phone. According to Deadspin the person who leaked the videos was trying to “expose” Nichols as a “back-stabber.”

ESPN Creep Used 'The Jump' Video Feed To Secretly Record Rachel Nichols in Her Hotel Room — Video Sent to Us https://t.co/VMOPs3wbHK via @deadspin

Late Tuesday night, an anonymous party sent a Deadspin reporter four videos, which appeared to be a cell phone recording of a video feed, that shows ESPN’s Rachel Nichols, host of the afternoon NBA show The Jump, in a phone conversation with an unidentified man about personnel matters at the network.

Nichols (whose face never appears on camera) and the other party to the call discuss Nichols’ career, ESPN staff, and the World Wide Leader’s decision about who will host the network’s coverage of the NBA Finals. In light of privacy concerns and our being unable to view the entirety of the conversation recorded, we have chosen not to detail the conversation or post the video of the call.

Sources have told Deadspin that the entire video of Nichols’ conversation was 30 minutes long. Deadspin received about four minutes of edited footage. It is also worth noting that the videos were sent to Deadspin as an attempt to discredit Nichols’ job status within ESPN, and with the public at large, with the anonymous source texting our reporter that the videos would “expose” Nichols as a “back-stabber” and a phony ally.

The more disturbing story, however, is that the videos appear to be that of a video feed streaming out of Nichols’ hotel room in Orlando, Fla., where she is currently ensconced in the NBA bubble. Nichols is clearly unaware the video feed set up in her room for remote filming of her show is running while she discusses internal ESPN matters. Rather than alerting Nichols that her video stream was still live or simply shutting the feed off on ESPN’s end, according to sources, an unidentified ESPN employee began to record the video feed on a phone, cut it up and disseminated it to others in the company. Deadspin is not certain whether anyone inside ESPN sent the recording of the videos to our reporter.

ESPN has released a statement regarding Deadspin’s story.

We are extremely disappointed about the leak of a private conversation. It’s indefensible and an intrusion on Rachel’s privacy,” ESPN said in a statement. “As for the substance of the conversation, it is not reflective of our decision-making on staffing assignments for the NBA, which has largely been driven by the circumstances of the pandemic.”

If the person gets caught they could potentially be in trouble with the law considering in Florida a person needs to give their consent to be recorded.