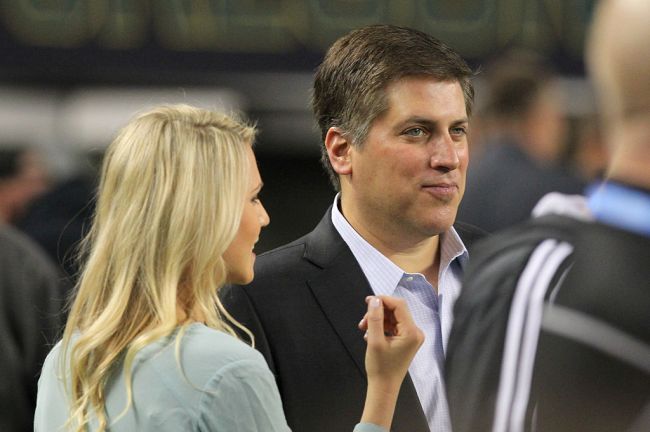 ESPN’s Steve Levy is taking the news of his demotion in stride.

Not long after the announcement, Levy shared a classy message welcoming Buck to the ESPN team.

Yeah, you are ⁦@Buck⁩ – that you get to work with an amazing MNF crew. Looking forward to seeing you in the cafeteria in Bristol. You’re buying… pic.twitter.com/LLs4g0alFk

According to the NY Post’s Andrew Marchand, Levy will still likely call some leftover Monday Night Football games this season that Buck and Aikman won’t call.

Griese has already left ESPN to become the 49ers quarterback’s coach. Levy and Riddick are the favorites to do the few extra games that Buck and Aikman don’t call, according to sources, as ESPN will have 22 games next season and 25 in 2023.