ESPN Writer Chris Palmer Encourages Protesters To ‘Burn That Sh*t Down’, Then Gets Mad Days Later When Protests Take Place Near His House 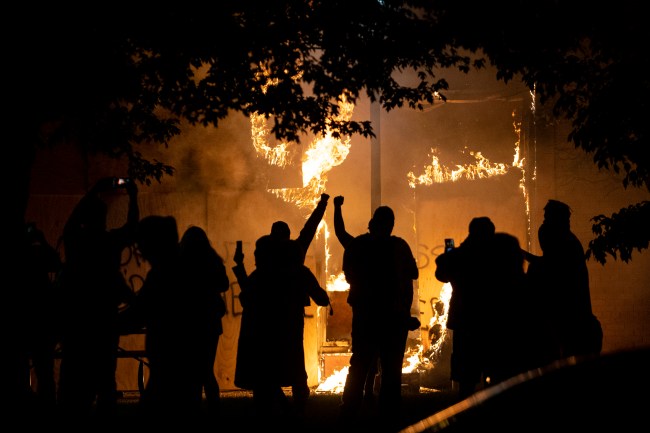 Throughout the sports media world, many journalists have responsibly shared their thoughts on the protests but ESPN NBA writer Chris Palmer found himself in some hot water over his tweets.

Palmer was the subject of criticism when he advocated for people to “burn” buildings on Thursday only to change his tune a few days later when angry protesters began looting near his house.

"And then got mad when looting came to his house"

Tear up your own shit. Don't come to where we live at and tear our neighborhood up. We care about our community. If you don't care about yours I don't give a shit.

Palmer would later try to defend himself but not many people came to his defense.

Make no mistake about it those who were looting were not protestors. They were criminals who just blended in. Hell bent on stealing and property destruction. When the legit protestors left midday everything went off the rails.

I get why Chris Palmer wouldn’t want his community to get burned down. I wouldn’t want mine burned down. Which is why people like him, with verified accounts and 100k+ followers, shouldnt promote/support “burning it all down” when they won’t have to deal with consequences 🤷🏽‍♂️

LMAOOOOOOO this guy was all for burning down buildings and destroying communities until shit arrived at his doorsteps. You’re a real piece of shit @ChrisPalmerNBA pic.twitter.com/NoSloOrEnD

A lot of people have been affected and lives lost, but we need to all remember… Chris Palmer can't get his Starbucks today.

Chris Palmer now thinks it is unacceptable when his neighborhood is threatened and calls for police to defend it. He forgets his previous posts on the burning of low income housing in Minneapolis. Not so funny when it hit you….@ChrisPalmerNBA pic.twitter.com/djizrLUbvP