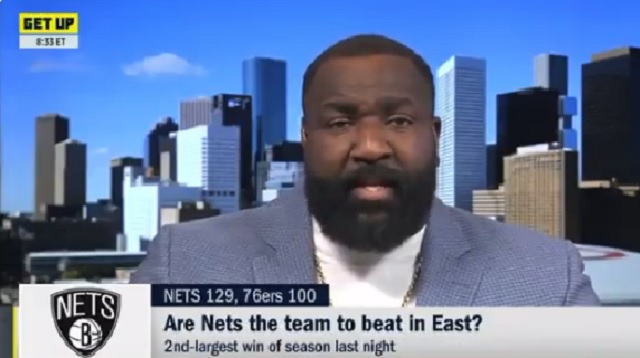 Last month, Ballsack Sports put up a fake graphic that detailed how Kyrie Irving would talk trash to James Harden in practice while the two were teammates in Brooklyn.

Kyrie Irving and James Harden got into “brief” physical altercation after Kyrie called the 32 year-old superstar “Washed” during one scrimmage. pic.twitter.com/zx7hXolipO

On Friday morning, ESPN NBA analyst Kendrick Perkins says he believes the Irving-Harden rumors made up by Ballsack Sports were true after watching the Nets handily beat the Sixers.

“All those stories and rumors that we heard about the Brooklyn Nets about Kyrie and James Harden in practice with the Nets and Kyrie going at him…Kyrie showed us last night that those were facts, and those were true.”

This isn’t the first time Ballsack Sports duped the national media last month. Fox News wrote a story on a fake rumor he started on Twitter.