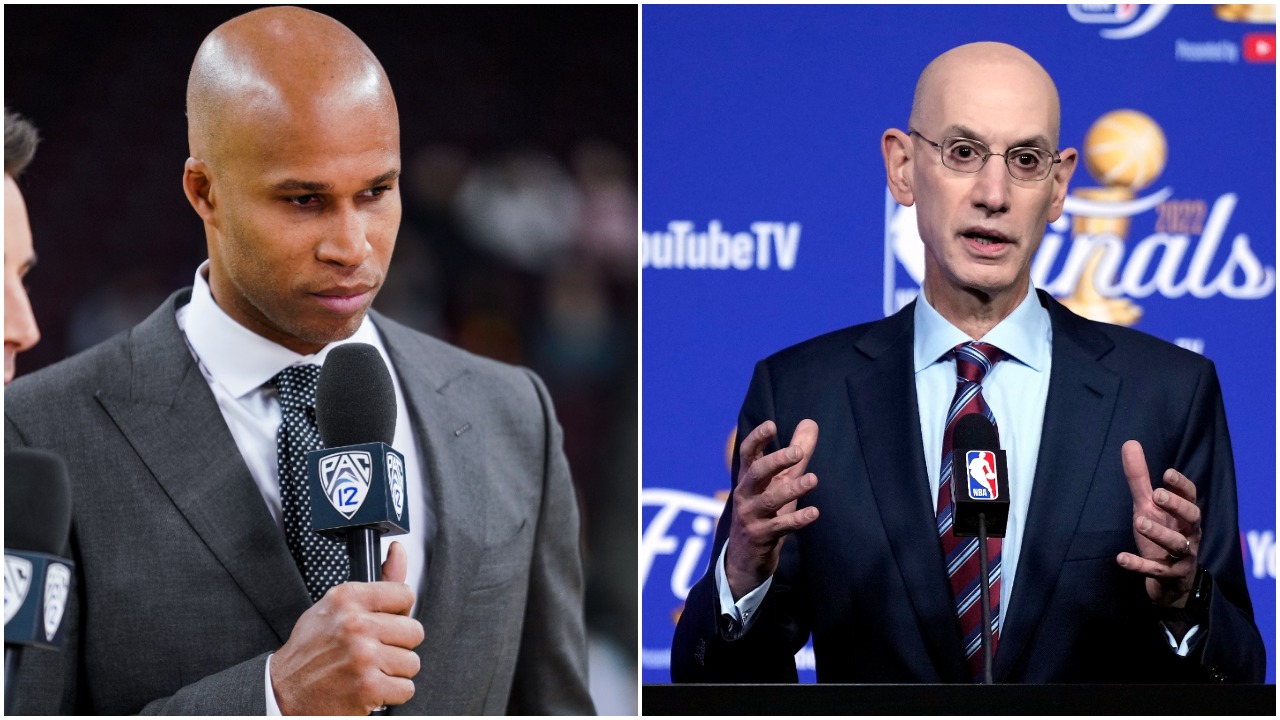 Richard Jefferson is not a big fan of the idea of shortening the NBA season.

On Thursday night, NBA commissioner Adam Silver spoke to the media and said the league is considering shortening the 82-game season to help prevent injuries.

“I also have said in the past, if we have too many games, that’s something we should look at as well,” “It’s something, as we sit down and we’re looking at new media deals and looking at a new collective bargaining agreement, we will be studying. There wasn’t any banging of the table or anything like that. From my discussions with players, they recognize it’s an issue, too. The style of the game has changed in terms of the impact on their bodies. I think we’ve got to constantly assess and look at a marketplace going forward and say, what’s the best way to present our product and over how long a season?”

On Friday, former NBA player and current ESPN analyst Richard Jefferson blasted Silver’s proposal to shorten the season because he felt that players were being coddled.

Richard Jefferson is not a fan of shortening the NBA season.

I think it’s a joke, I think they should never do this…but this right here is the epitome of coddling players.