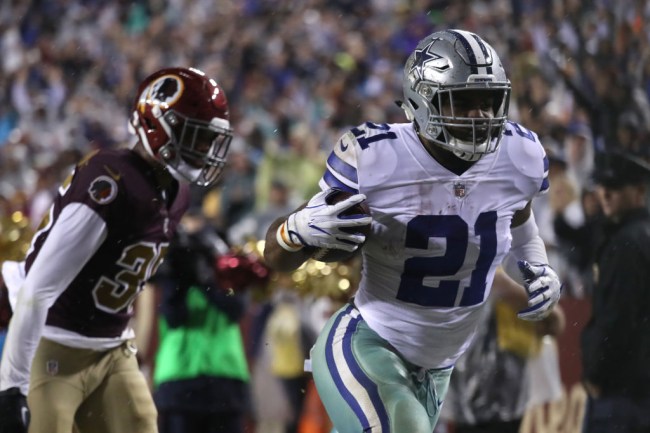 Last week it was reported that Ezekiel Elliott was going through a rigorous workout regime while serving his six-game suspension down in Cabo San Lucas, Mexico.

He would drive to a golf course that had a makeshift mini camp setup. You would see him pushing heavy lawn furniture and running through cones, working on conditioning, and then after that you see him in the gym lifting weights

After 6 weeks of training thanks to a NFL-mandated suspension, this is what #Cowboys RB Zeke Elliott looks like now: pic.twitter.com/7upcaegOyo

While in Cabo it seems like Elliott got well acquainted with the ladies during his free time.

The video was shot on December 15 — but we’re told Elliott was a regular at the hot tub during his stay in Mexico.

Zeke’s camp has said the Dallas Cowboys star was hardcore training in Cabo during his 6-week suspension. He came back looking leaner.

Our sources say in addition to working out, he would party — with one witness saying he was spotted multiple days popping bottles of expensive champagne with lady friends at the resort.

Now that Zeke is relaxed and in shape he can get back on the field and help the Cowboys make that final playoff push.