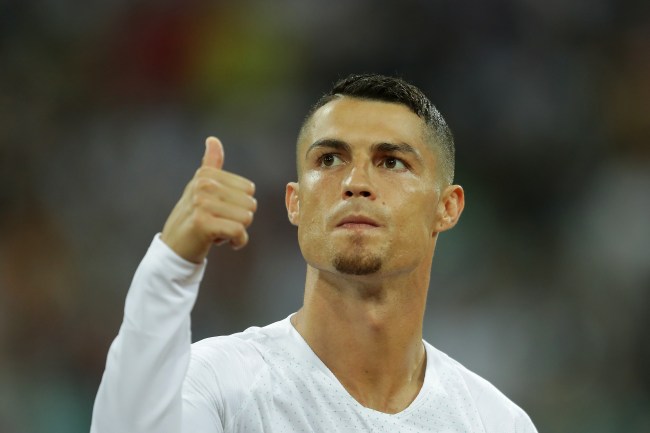 Facebook is looking for a massive international star to get the burgeoning entertainment aspect of the social media platform off the ground. The social network has their sights on the supremely popular Cristiano Ronaldo. Facebook is extremely serious about featuring the superstar soccer in a new reality TV show and are willing to offer Ronaldo a ton of money to do so.

Facebook wants to broadcast a 13-episode reality series about the life of Cristiano Ronaldo and will pay him $10 million for one season. The reality show will document the everyday life of the 33-year-old footballer from Portugal. The show is said to have a similar format as other celebrity reality shows such as The Osbournes and Keeping Up with the Kardashians. Ronaldo is massively popular around the world and has over 120 million Facebook followers, providing an instant audience for a new TV show.

According to Variety, the series would be produced by the Religion of Sports team that includes Tom Brady, Gotham Chopra, and Michael Strahan. The startup produces docuseries that examine how sports affect culture and regions around the world.

As if Ronaldo, who already has a net worth of approximately $400 million, needed more moolah, there are rumors swirling that the Juventus football club is pressing hard to sign Ronaldo away from Real Madrid. The team out of Turin, Italy is reportedly offering Ronaldo a four-year contract worth $35 million PER SEASON. It’s good to be Cristiano Ronaldo. Coincidentally, there’s already a Juve reality series on Netflix titled First Team: Juventus, that follows “renowned soccer club Juventus on and off the pitch as they attempt to win a seventh straight Italian title and achieve Champions League glory.” Ronaldo’s national Portugal team got knocked out of the 2018 World Cup by Uruguay.

It seems as though Facebook could save themselves a cool $10 million if they just start spying on Ronaldo through Facebook and his phone.