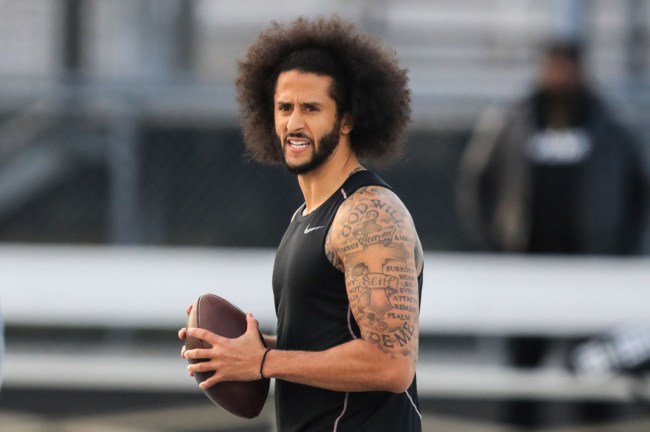 We’ve all been duped by a fake Twitter account spreading fake news a time or two. In the sports world, there are hundreds of parody accounts that pop up from time to time that fool a good number of people into thinking that some bizarre trade or signing has happened.

And it turns out that those parody accounts are still getting the job done amid the global pandemic.

A parody sports account, @SuperToughScene, tweeted on Thursday afternoon that the Jets had signed free agent QB Colin Kaepernick to a 1 year / $9 million contract and even said the source of the news came via ESPN’s Adam Schefter.

The tweet has since been retweeted over 13,000 times and while a majority of those are people just trying to have a little fun and spread the fake news, some people actually thought that it was real.

Morgan Freeman and Donna Brazile, former chair of the Democratic National Committee, shared the news but have recently deleted their tweets. Actor Tommy Chong even quote tweeted the news and shouted out Spike Lee in the process and right now he’s yet to delete the post.

Colin Kaepernick has NOT been signed with the NY Jets, as fake reports suggest — but he IS reaching out to the team in hopes of landing a deal, TMZ Sports has learned. We’re told Colin’s team isn’t putting all of their eggs in the Jets basket — they’re out to multiple teams in hopes of getting Kaepernick back in an NFL uniform for the 2020 season.

It’s been about seven minutes since Kaepernick has tried some way to stay relevant in the NFL world so this desperate reported attempt to creep back into the minds of NFL fans and even front offices shouldn’t be too shocking.