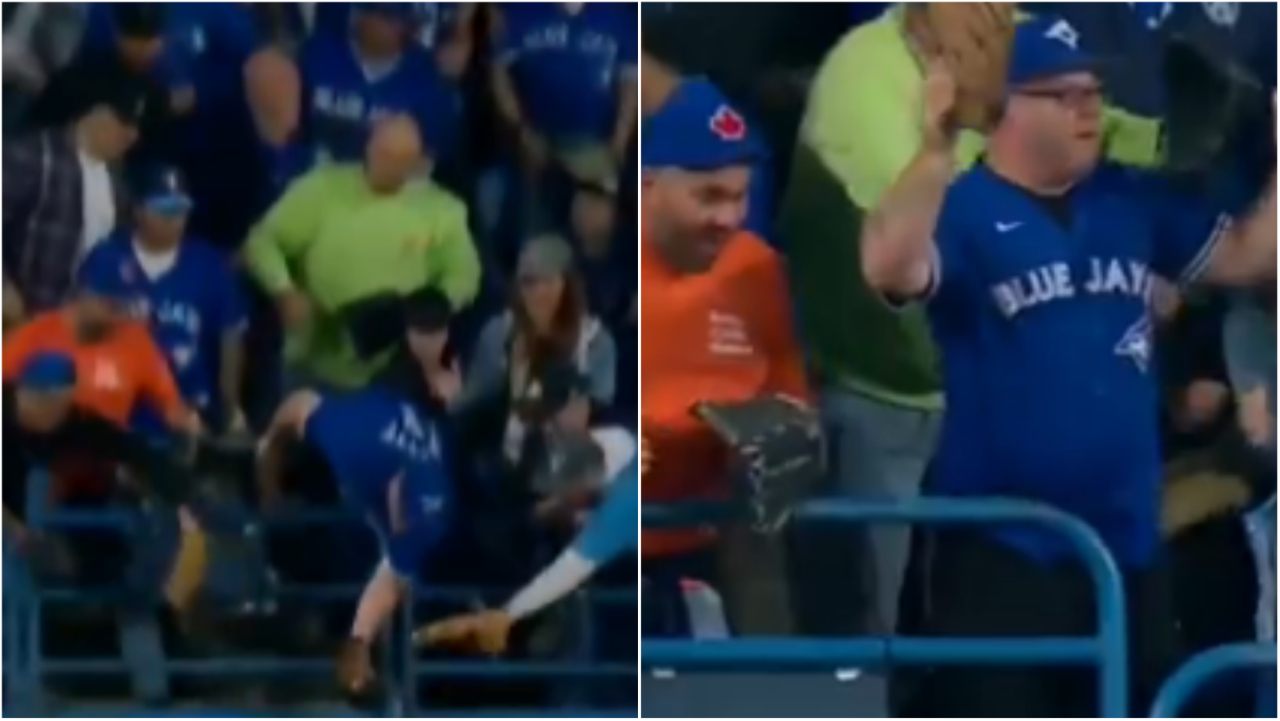 Aaron Judge tied Roger Maris’ AL home run record on Wednesday night, and unfortunately, no one will be cashing in on the ball.

In the seventh inning of the Yankees-Blue Jays game, Judge blasted his 61st homer of the season to finally tie Maris’ single-season record.

The fan with the best shot at catching Judge’s ball completely whiffed as the ball fell into the Blue Jays’ bullpen.

I cannot watch this guy wearing a glove drop his lottery ticket. Too painful. pic.twitter.com/a7AtEZkLME

Here’s a slowmo replay of the fan missing the catch and looking sick afterwards.

SCP Auctions President David Kohler believes #61 would sell at auction for $250,000 or more, with the value of the record-breaking #62 being even more. Kohler said that 62 would bring $500,000 and up, with Judge’s final home run of the campaign being worth upwards of $1 million