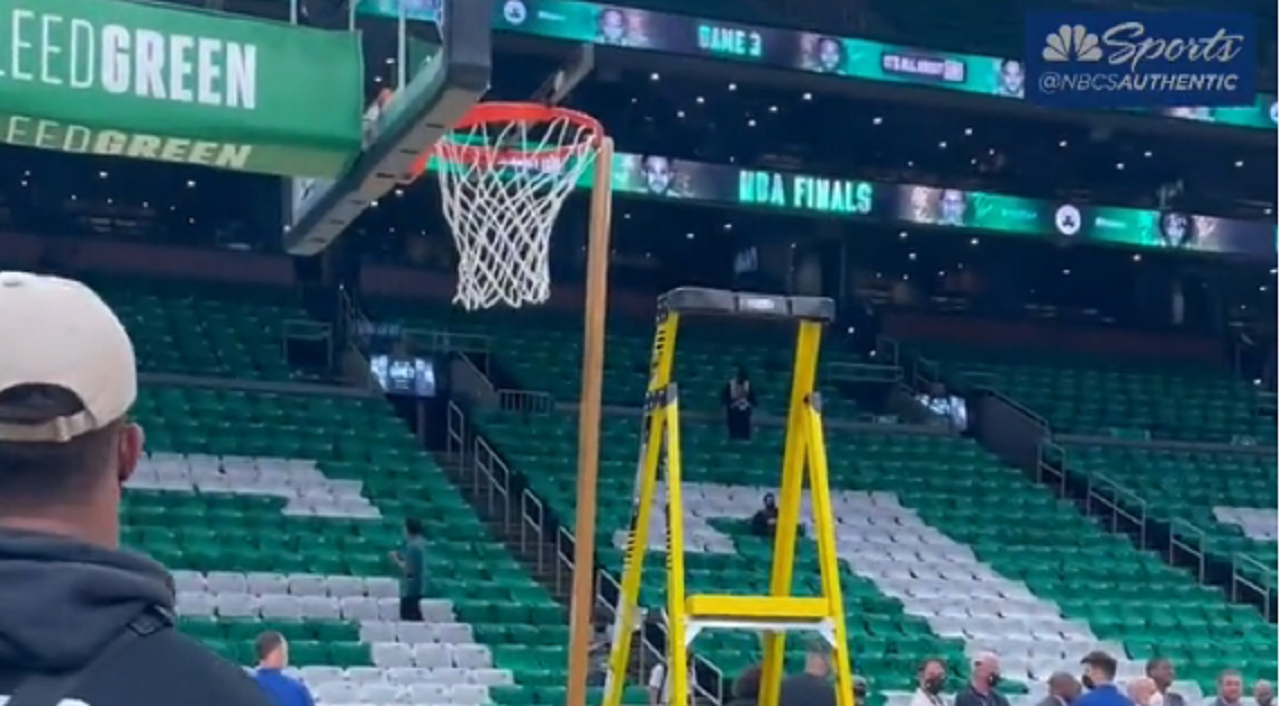 There was a bit of a bizarre situation before the start of game 3 of NBA Finals between the Warriors-Celtics game.

Dubs’ warmups had to be paused because the hoop was too high 😳 pic.twitter.com/UgMkAB4EwE

Was told that Warriors guard Gary Payton II thought the basket Golden State was warming up on was too high, pointed it out, and was correct. It's been adjusted.

Belichick was absolutely behind this idea https://t.co/oAnlGLv2Fp

Definitely an accident. Yeah. For sure. https://t.co/v5irmCmfsR

Celtics taking a page out of Bill Belichick’s book https://t.co/9urklGHuO4