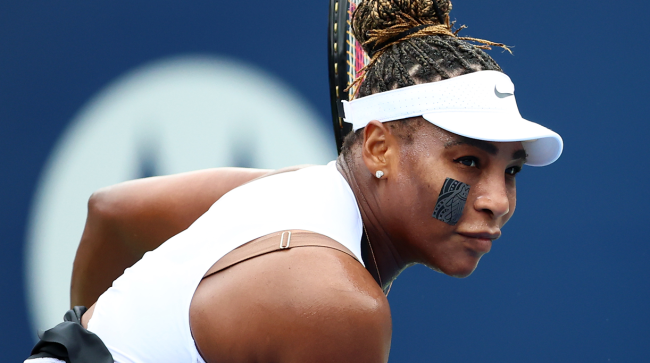 The sports world received a bit of a surprise on Tuesday when Serena Williams, who will turn 41 on September 26th, announced her retirement from tennis after playing in this year’s U.S. Open.

Williams made the big reveal in a lengthy cover story for Vogue.

“One thing I’m not going to do is sugarcoat this,” said Williams. “I know that a lot of people are excited about and look forward to retiring, and I really wish I felt that way. Ashleigh Barty was number one in the world when she left the sport this March, and I believe she really felt ready to move on. Caroline Wozniacki, who is one of my best friends, felt a sense of relief when she retired in 2020.

“Praise to these people, but I’m going to be honest,” Serena continued. “There is no happiness in this topic for me. I know it’s not the usual thing to say, but I feel a great deal of pain. It’s the hardest thing that I could ever imagine. I hate it. I hate that I have to be at this crossroads. I keep saying to myself, I wish it could be easy for me, but it’s not. I’m torn: I don’t want it to be over, but at the same time I’m ready for what’s next.”

The biggest reason for Serena Williams’ retirement is family. Her daughter Olympia wants a sister and Serena wants to try and give that to her.

“In the last year, Alexis [her husband] and I have been trying to have another child, and we recently got some information from my doctor that put my mind at ease and made me feel that whenever we’re ready, we can add to our family. I definitely don’t want to be pregnant again as an athlete. I need to be two feet into tennis or two feet out.”

So that’s it. Serena is done after the U.S. Open.

When it comes to naming the GOAT in a particular sport there is almost always some kind of debate to be had. Michael Jordan or LeBron James? Cristiano Ronaldo or Lionel Messi? Jack Nicklaus or Tiger Woods?

In the world of women’s tennis, however, there is no debate. It’s Serena Williams. By a mile. (Save your Margaret Court arguments.)

Tennis fans, and sports fans in general, overwhelmed social media with their tributes to the GOAT.

Some play the game. Others change it.

We hope the next few weeks bring you joy, @serenawilliams 💜💚 pic.twitter.com/kuS6O87wI4

"She did it with grace, with fire. There will never be another."

Congrats to @serenawilliams, one of the greatest champions in history in any sport.

One of the coolest things I saw covering the Rio Olympics was Serena Williams playing a singles match. Intense, powerful and determined.
One of this generation’s greatest athletes in any sport. pic.twitter.com/rbWUxL73DJ

Serena Williams announces she will retire from tennis after the upcoming U.S. Open.

A 23-time major champion and 319 weeks as the number 1 WTA player, including 186 consecutive weeks.