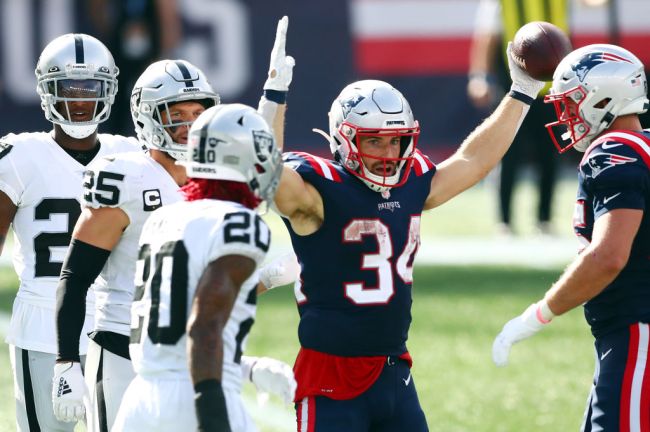 Welcome to Week 4. Thankfully we didn’t see the number of injuries we saw during Week 3, but there are some fantasy stars who saw their backups emerge and become waiver-worthy. The first two weeks we saw the rookie running backs getting all the attention, now the first-year wide receivers are starting to getting into the action as a few make the list this week.

Here are some players you should look to add from the waiver wire in Week 4.

Gaskin has been mentioned previously, but he’s still only rostered below 50% on most platforms so he could still be available for you. He got 27 touches on 75% of the snap share in last week’s win against the Jacksonville Jaguars. The volume clearly shows he’s a feature back and will get the opportunities going forward.

Chris Carson left last week’s game against the Dallas Cowboys with a leg injury, fortunately, it was a mild knee sprain. He could very well play this week, but if you have a roster spot I’d pick up Hyde for insurance. He’s more than viable to handle the backfield, coming off a 1,000 rushing yard season with the Houston Texans.

The first-round rookie had a breakout game last week against the Titans with a 7/175/1 stat line. Minnesota wanted to get him more involved and it really did improve that offense that looked bad the previous week. Adam Thielen is still the primary guy in receiving core, but Jefferson should be more involved in the weeks ahead.

Another previously mentioned wavier add, he’s still just shy of 50% owned. With Davante Adams out, Lazard stepped into that number one role and he made it work with 46 receiving yards and a touchdown in a shootout with the New Orleans Saints. Adams’ injury woes are well documented, Lazard can be valuable if he continues to miss time.

Even with Jerrick McKinnon named as the starter, we knew Jeff Wilson Jr. would get in the mix, and he did. He was very involved in the running and passing game in their Week 3 beatdown of the New York Giants. As long as Mostert is still sidelined, Wilson has value.

We’ll stay with the NFC champs, as injury-plagued as they are, they need players to step up and Aiyuk did. The first-round pick led the team with 70 receiving years last week. It’s worth noting that Deebo Samuel could return this week, hurting Aiyuk’s value slightly, but seeing that Kyle Shanahan found a way to get him involved in passing and rushing plays shows he likes what he sees.

As a running back, his rushing number will not jump out, but even with Cam Newton at quarterback, Burkhead is seeing opportunities in the passing game thanks to 16 targets in the past two games. With the unfortunate circumstances involving James White, he may not be back with the team in the near future. Burkhead can be someone to look for as a PPR flex player.

Seeing a trend? I’m giving the guy back-to-back weeks here because he’s becoming a guy you need to have. Even with Jack Doyle active last week, it was Alie-Cox that got all the targets at tight end.

We saw Higgins emerge last week in the Bengals tie against the Eagles. Cincinnati has the second-highest passing play percentage through three games. With John Ross as a healthy scratch and very little production out of A.J. Green, Higgins could see a higher target share in the upcoming weeks.

The Eagles receiving core is so badly decimated with injuries, pretty sure anybody could suit up for them at this point. Add DeSean Jackson to the list as he went down with a hamstring injury last week. Ward became a favorite of Wentz in their tie against the Bengals thanks to 11 targets. The Eagles are not very good offensively, but Ward is worth a roster spot in 12 or more team leagues as a possible upside.

Does anyone want to guess who has the most receiving touchdowns in the red zone this year? It’s Jimmy Graham. With Graham being fantasy irrelevant over the last few years, he may have finally found a resurgence in Chicago. Coach Matt Nagy loves looking for him when it matters as his seven red-zone targets are the second-most through three-weeks and his 42 routes ran was second-most amongst tight ends last week.