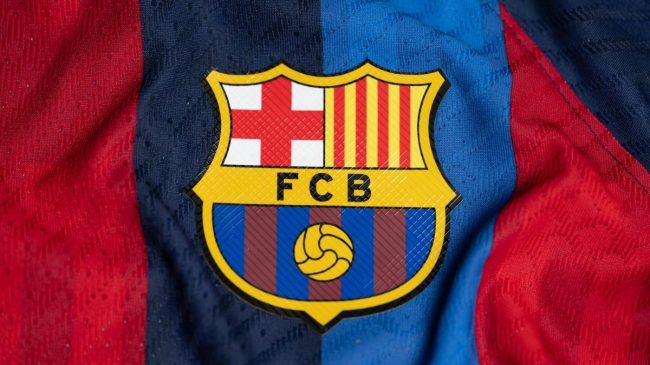 Things aren’t all that great for Spanish soccer giant FC Barcelona these days. The club has run into serious financial troubles and with an early elimination from the UEFA Champions League impending, it could be on the brink of financial ruin.

Los Culés, the famed fans of the Catalan club, have stuck by the team, however. The club continues to sell jerseys by the boatload, even if they abandoned their long-held principal of not selling a jersey sponsorship.

The club currently has a four-year deal with Spotify to feature on the front of their famous jerseys. A streaming giant will reportedly pay the club somewhere in the area of 280 million Euros, or 70 million per year.

The club’s famous, 99,000-plus seat stadium, will also be known as the Spotify Camp Nou for the duration of the deal.

While there’s plenty to be cynical about, the deal does allow for some unique opportunities. Take, for instance, the jerseys that Barca will wear in El Clasico against Real Madrid on Sunday.

Rapper Drake recently hit a major milestone when he became the first artist to hit 50 billion Spotify streams. To honor this, the streaming platform teamed up with Barca for a special one-off jersey.

Juli Guiu, the club’s vice president of the Marketing area, issued the following statement on the one-off jersey:

“As we have stated on numerous occasions, it is a strategic relationship through which we seek to bring together two worlds that can arouse emotion, namely music and football,” she added.

“This initiative is another example of this desire and the innovative spirit of our collaboration. For the first time in our history, we are replacing the name of our main partner on the front of the jersey with an internationally acclaimed artist in Drake, winner of 4 Grammy awards and record breaker in different categories, such as being the first artist to accumulate 50 billion streams on Spotify. This initiative shows our potential to become a unique platform to offer experiences that help bring us closer to our fans while reaching out to new audiences around the world.”

Fans weren’t as sold on the idea.

All for the cash https://t.co/ld2QFRhUkj

There was a time not long back before 2007 when Barca were self righteous. When other clubs had shirt sponsor they didn't cause their shirt was sacred. Now they're using their shirt for song promotions lololol. https://t.co/lLJgHTng1K

I will give Barca credit for this. The OVO logo looks way better than the Spotify symbol as a shirt sponsor. This is awesome. https://t.co/mGLYujGif2

Best thing to happen to Barcelona since Messi left https://t.co/W964C9xq4f

Someone buy me this kit please 😭😭😭😭😭😭 https://t.co/GLTBpQUule

With first place in La Liga on the line, ultimately the result of the match will determine how the jersey is remembered.