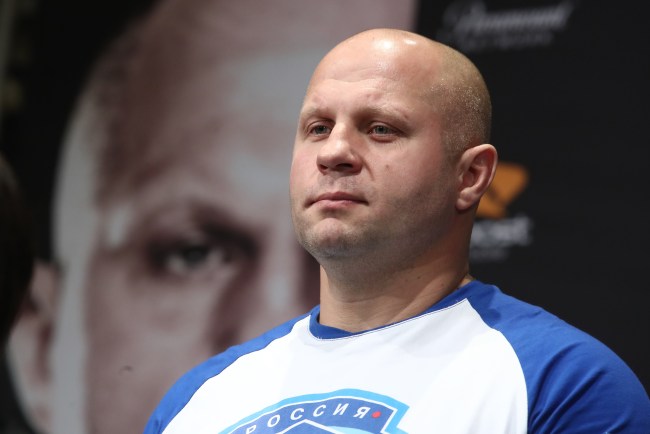 Tonight, Fedor made quick work out of an out of shape Rampage Jackson and knocked out the former UFC light heavyweight champion in the first round at Bellator: Japan.

After the fight, Fedor addressed the crowd and told them he was hanging up his gloves for good.

🇷🇺 @FedorOskol hangs up the 🥊s tonight in an iconic arena and on a memorable note.#BellatorJapan pic.twitter.com/lk1HcinPvh

"Unfortunately and regretfully, I want to say, perhaps my career stops here on a win in Japan, where I began." – Fedor Emelianenko sounds like he's retiring after beating Rampage at #BellatorJapan

Update:Fedor later clarified his post-fight comments and said he was going on a retirement tour and not retiring after his fight vs Jackson.