Fernando Tatis Jr. Said He Was Protecting Little Kids In The Stands When He Allowed Fans Into Dugout During Shooting Outside Nationals Park 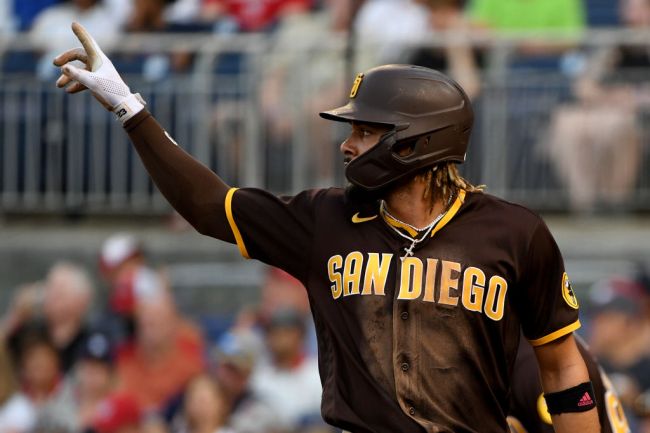 Fernando Tatis Jr. told reporters what he was thinking when he let fans into the dugout after gunshots were heard during last night’s Padres-Nationals game.

On Saturday night, at least four people were shot in a shooting outside of Nationals Park.

The gunshots outside the stadium sounded like loud bangs inside Nationals Park and fans scrambled to safety.

Hope everyone is safe at Nationals park. I heard a few loud bangs and then a mass exodus. View from my roof pic.twitter.com/MA1B7z83u2

During the chaos, Padres players Fernando Tatis Jr., Manny Machado, and Will Myers opened the gate to the field to allowed fans to get into the dugout for safety.

Just ended up in the Padres dugout bc of shooting. Thank you Manny Machado and @Padres pic.twitter.com/B2GaJ7Wt6V

Yes, we are safe now. Was it scary? Absolutely. Happened in section 112, I was in 114. We all hit the deck. Machado, Myers, and Tatis all came out and sent fans to the dugout. I have nothing but respect for them and the @padres. The cops locked the gate, they opened it.

While speaking to the media on Sunday Tatis said that he was looking to protect the little kids in the stands during the shooting.

Of his run last night to grab children and bring them to safety, Fernando Tatis Jr. said he was protecting family. His actual family is not here. He considers his teammates’ family his.
“There were little kids. I felt like somebody needed to go get them.”