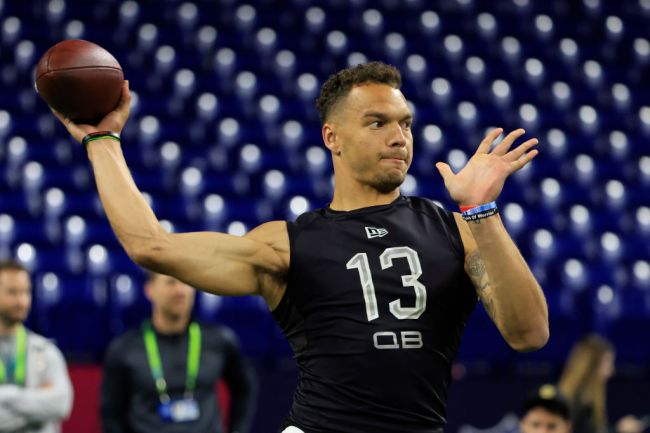 Desmond Ridder isn’t a name we heard at any point this year in the conversation for which quarterback will be the first selected in the draft, but he is still a name that will garner plenty of attention and could make his way into the 1st round.

The Texans seemed to be set on giving Davis Mills a shot at establishing himself as their starter. He was better than expected last season with a subpar roster around him. They also decided not to take Baker Mayfield back when they traded Deshaun Watson to the Browns.

The Saints just signed Jameis Winston to a 2-year deal and they’ll likely be hoping he’s their long-term answer at QB.

The Titans have Ryan Tannehill under contract for 2 more seasons and are set on competing right now. It would be surprising to see them use their first rounder on a QB instead of strengthening the roster around Tannehill.

The Washington Commanders just traded for Carson Wentz and have him under contract for 3 seasons if he proves to be a viable starter for them.

The most surprising name here has to be the New York Giants. While they have made it clear that they don’t have nearly as much faith in Daniel Jones as they claimed earlier in the offseason, Ridder just seems like an odd choice for them.

The Giants currently hold 2 of the top 7 picks in the draft. If they were set on finding their next QB in the draft, why would they wait and take a chance on Ridder instead of using one of their early picks on a more established prospect?

With the way this NFL offseason has played out, we are sure to see plenty of drama play out around the NFL draft and it seems that Desmond Ridder could be part of some of that.