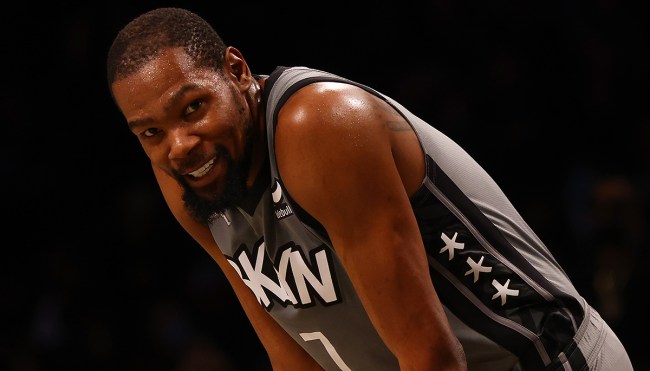 There were nine NBA contests last night as the regular season continues to wind down.

One bettor decided to take his chances on the action by placing a parlay involving more than half of those nine games and boy did it pay off.

The $10 wager, correctly predicting the first scorer in five matchups, paid out an insane $75,000. Check out the ridiculous slip below.

The bettor cashed out with Kevin Durant, Cade Cunningham, LeBron James, Fred VanVleet, and Jonas Valanciunas all converting the first basket of their respective games.

While James and Durant are frequent flyers when it comes to converting early scoring opportunities, correctly picking Cunningham, VanVleet, and Valanciunas was impressive. All three held odds of +500 or more.

Picking just one of those seems unlikely but connecting on all three is extremely improbable. This bettor will surely take the end result, though.

Maybe some of this bettor’s luck will rub off on the rest of us as the NBA Playoffs quickly approach.