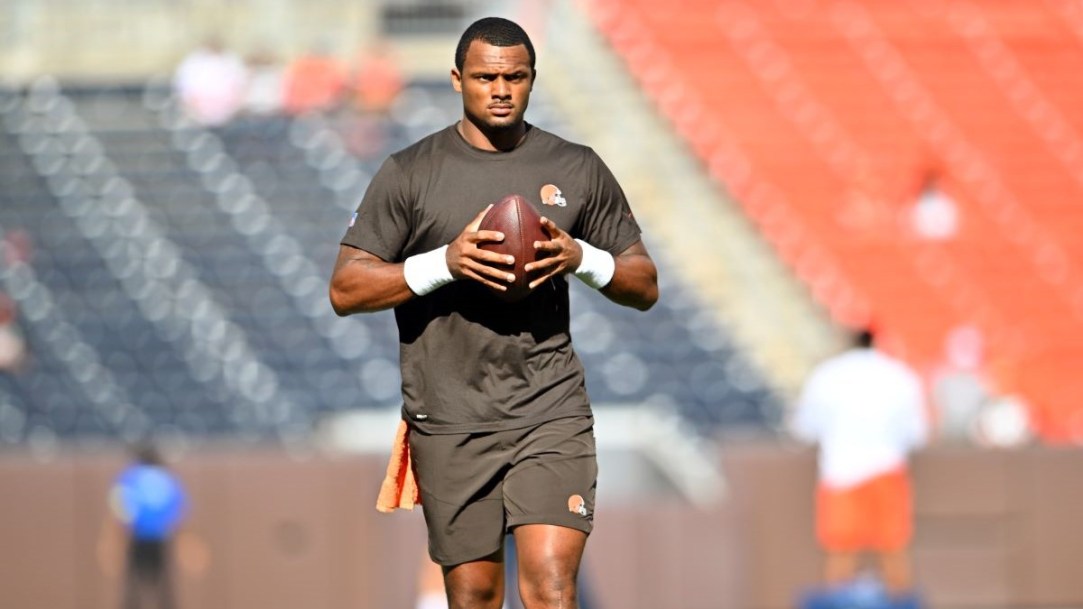 After nearly 2 years of not facing any NFL action and sitting through an 11-game suspension, Deshaun Watson has joined his Cleveland Browns teammates in practice. It is the first time he’s been able to step foot on the field since being traded to the Browns in a 5-year contract worth $230 million.

Per the terms of Deshaun Watson’s suspension, he will continue to sit in games against the Buffalo Bills and Tampa Bay Buccaneers. Deshaun Watson will then be cleared to return on December 4th when the Browns face his former team, the Texans.

Watson’s suspension took effect on August 30th and he’s now cleared to join his Browns teammates in practice. And as the first footage of Deshaun Watson at Browns practice emerged, it evoked a very strong response from NFL fans who are simply not willing to look the other way when it comes to his past.

Today is #browns QB Deshaun Watson’s first practice this season. He is allowed to return today per his suspension. He will return to game action and start vs the #texans on December 4th. pic.twitter.com/r5PuW1sahr

Deshaun Watson in his first practice of the season with the #browns pic.twitter.com/vTzheqNTKj

Here is what NFL fans are saying about Deshaun Watson’s first appearance alongside his new Browns teammates at practice. Many would agree with this sentiment:

Shouldn’t even be allowed to play

Deshaun Watson is going to elicit a response from NFL fans unlike anything the league has ever seen:

It remains a mystery why the Cleveland Browns were bullish on signing him in the first place:

There is even a large portion of the Cleveland fanbase who will be rooting against their own quarterback:

For more on what happens next, here’s Ian Rapoport discussing the latest with Deshaun Watson:

A report on NFL.com says Browns head coach Kevin Stefanski is being guarded about his plans for Deshaun Watson at practice. It is unclear if they will continue to focus on Jacoby Brissett getting the lion’s share of reps in practice or if they want to get Watson up to speed quickly.

Stefanksi said “I’m not going to get into the reps he’s getting. … It’s going to be good to have him out there at practice with his teammates.” The Browns head coach added “I think he has a lot of reps he can rely on, and can watch the tape of him running plays that he’ll be asked to run when it’s time for him to play. But the most important thing right now is getting ready for Buffalo and getting Jacoby ready to play.”