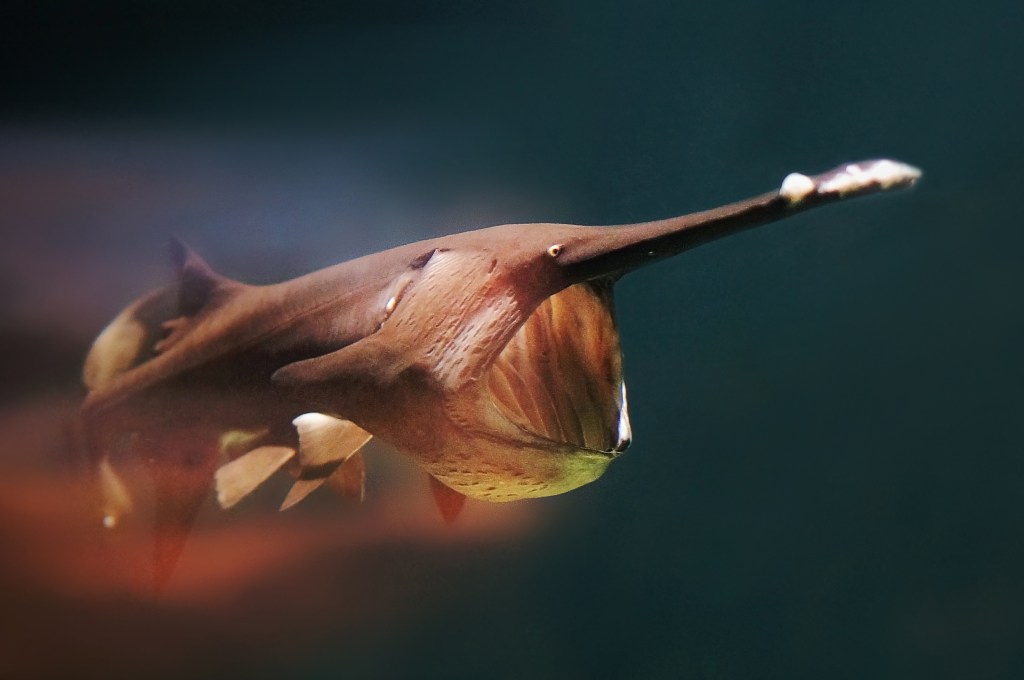 A Tennessee angler reeled in the fish of a lifetime last weekend. Robert Livingston was fishing Cherokee Lake with a buddy in frigid 40-degree weather when he felt something bite his hook. Initially, he thought it was a catfish and when the line went slack he thought he’d lost the fish. But then a flash of light revealed the gargantuan paddlefish.

What’s wild is you can’t really target these fish with a rod-and-reel. I guess you can but these fish are normal filter feeders and don’t bite hooks so you’re hoping to snag a fish at some point. According to 10 News WBIR, Robert and his fishing buddy were spotting some massive fish on their fish finger but they weren’t biting. The fish that were nibbling were all tiny. It didn’t make sense. And then it all happened in an instant:

“I set the hook on it and start reeling and the line goes slack. And I’m like, ‘Oh my gosh, whatever it is came off,'” Livingston said.
That’s when he noticed his bright orange line come right back to him and up to the boat.
Initially, they thought it was a catfish, but it turned out to be a paddlefish. Normally a filter-feeder, Livingston said catching these fish on a hook is rare.
“You can only catch them by accident unless you snag them. “This one, it just swam by and caught my hook right in the corner of its mouth,” Livingston said. “It was barely hooked, just a small portion of its cheek. Get it in the boat and I grab it and the hook actually falls out into the water.” (via 10 News WBIR)

Getting a fish that size into the boat presents a pretty unreal challenge. He estimated the fish was 6-feet-long and weighed 150-pounds. His guess at 150-pounds was based on his ability to lift 150-pounds over his head and who am I to argue against that? They were able to film the catch but the video isn’t exactly great. The clip goes black for a few moments as they struggled to get the fish into the boat but you can still see how massive this paddlefish was:

Seriously, this thing looks like one of the chubby kids from Willy Wonka and the Chocolate Factory it’s so round:

Wow! An East Tennessee man made the catch of a lifetime over the weekend when he reeled in a #recordbreaking 150 LB. American paddlefish, as known as a spoonbill, on #CherokeeLake. #Lakesideofthesmokies pic.twitter.com/ZPjNgSBTcw

The Tennessee state record for paddlefish is 104 pounds. He released the fish without taking any official measurements and thus missed out on completely demolishing that record of his fish was in fact 150-pounds. At the very least, it sounds like he would’ve had a record fish on his hands even if he didn’t beat it by 50 pounds. The all-tackle world record for paddlefish is 151 pounds, a fish caught in Oklahoma. So he might’ve had a shot at that too.

What’s the phrase I’m trying to think of here? ‘Almost only counts in horseshoes and hand grenades’ or something like that. Because while this could’ve been a record paddlefish he instead wound up with some wild footage and a tall tale. I’ve never caught a paddlefish myself but I’m thinking 2021 might be my year.