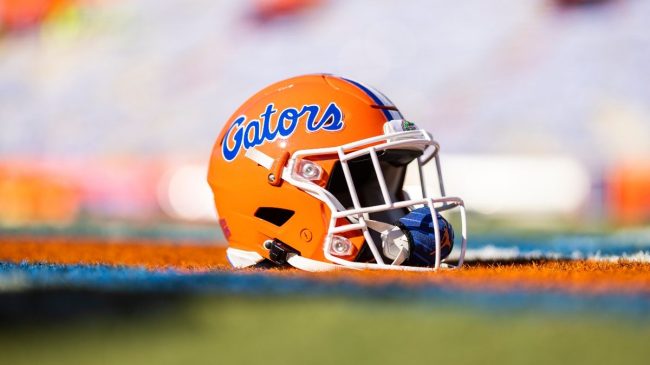 Billy Napier’s first year at Florida was a disappointment. They started the season beating Pac-12 Champion Utah, but stumbled to a 6-6 record. They got blasted in the Las Vegas Bowl by Oregon State 30-3, ending their season in embarrassment.

And, they are going to be without big-time NFL Draft prospect quarterback Anthony Richardson, who is entering the draft. They are bringing in a stud freshman in Jaden Rashada, but they need a stopgap at quarterback next year.

There were plenty of good quarterbacks in the portal. Guys like North Carolina State’s Devin Leary, Coastal Carolina’s Grayson McCall, West Virginia’s JT Daniels, and Notre Dame’s Drew Pyne have all been sought after.

But, Florida decided to go with someone else as their presumed starter next year.

Florida will bring in Wisconsin’s Graham Mertz from the portal

There was a massive shock in the transfer portal late Monday night when it was reported that former Wisconsin Badger Graham Mertz would be coming to Gainesville.

Graham Mertz is the definition of mediocre. In three years as the starter in Madison, he completed 59.5% of his passes for 38 touchdowns and 26 interceptions. He’s been responsible for some mind-numbing turnovers and has frustrated Florida fans. But, they’re stuck with him now.

Gator fans are not happy with the move

Florida is a notoriously finicky fan base with high expectations. And, they’re hating the move.
Clemson’s DJ Uiagalelei was another quarterback in the portal, and one Gator fan would rather have him.

Oh my God. This guy is terrible. I’d rather have DJ

Well, that's not much of an improvement. Wisconsin's offense was horrible.

I’m not sure he was the worst, but he is pretty bad.

Worst player in college football the past 2 seasons. I’d rather see true freshman Rashada throw 70 interceptions than watch this guy take a snap