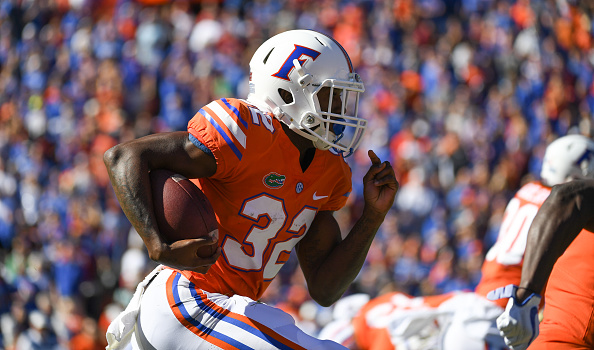 Tonight, the University of Florida Gators lost to Kentucky for the first time in over 30 years. After the Wildcats broke the streak, Gators running back Adarius Lemons took to Twitter and announced that he intends to immediately transfer to another school.

“I would like to announce that I am transferring from the university of Florida,”
“I feel I’ve learned a lot from the previous coaches that were here,” “I want to find a school I can help to my best ability and actually use my talent that God has blessed me with.”

Lemons had been vocal about displeasure with how the team has used him in the past.

“My freshman year didn’t go the way I wanted it to, but I kind of hung in there a little bit and kind of stuck it out,” Lemons told 247 Sports. “At first I was like ‘Nah, I don’t think I want to be here’ because of the coaches we had and a lot of stuff going on. But I kind of stuck it out and did what I had to do. As you can see, there’s a whole new coaching staff here.”

So instead of learning how to pass block you take the easy way out? You’ll never make it until you learn the whole concept man. Wish you the best of luck and we were all behind you.

Man couldn’t even wait until tomorrow 😂