Head coach Mike Norvell may not be at Florida State forever, but his legacy will live on the thigh of this Seminoles fan until the end of time. 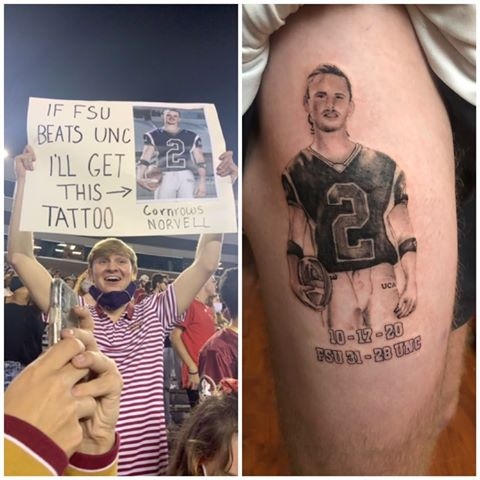 Norvell, who is in his first-year in Tallahassee, was a wide receiver for Central Arkansas from 2001-2005 and rocked some serious cornrows. His team photo has since gone viral as he rose through the coaching ranks over the past few years. 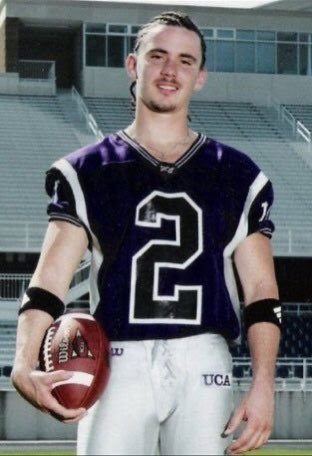 The 39-year-old inherited a blue blood program that has not reached 10 wins since 2016 and has a long road of recruiting ahead of him to get the talent needed to compete in the ACC back in the locker room. However, his team pulled off one of the biggest upsets of the year against No. 15 North Carolina on Oct. 17 and inspired the very permanent tattoo.

Two prime examples of college decisions gone bad 😳🤦🏻‍♂️.. never know when they will come back to haunt you! Wear it proud and can always tell one hell of a story! 🍢🍢 #NoleFamily #JackDidIt #SorryToHisFutureSpouse #KeepCLIMBing https://t.co/xbT8Nbh2Vp

Even the man who graces the thigh thinks it’s a bad move… because it is. First of all, it was one win in a virtually meaningless game. Second of all, Florida State is well below .500 and there is no guarantee that Norvell will turn out to be a good hire and this guy might have the face of a disgraced losing coach on his body when this is all said and done. Third of all, it is a massive tattoo on a part of the body that is not particularly hidden. It’s not a small little tattoo on the buttcheek, as is commonplace for many drunk decisions. It’s a huge portrait that will not be covered by 9-inch inseam shorts.