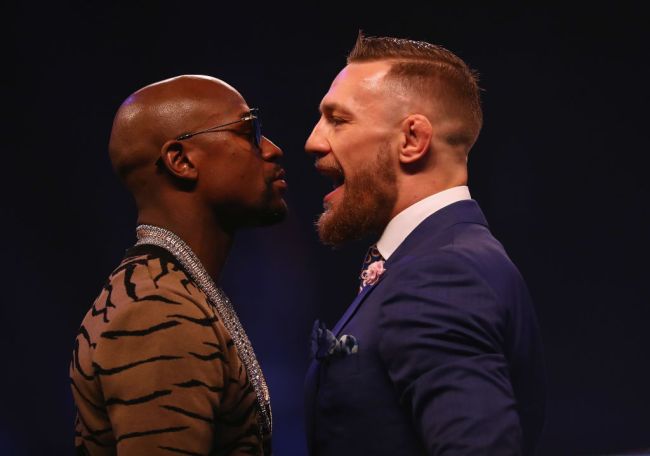 On Saturday night, McGregor was forced to withdraw from his trilogy fight against Poirier after suffeing a broken leg late in the first round.

After the fight, Mayweather made sure to congratulate Poirier for his making him money by beating McGregor.

Floyd Mayweather thanked Dustin for getting him paid 😂💰 pic.twitter.com/67rwMhovhV

Mayweather continued trolling McGregor on social media with a picture that mocked the Irishman’s broken leg.