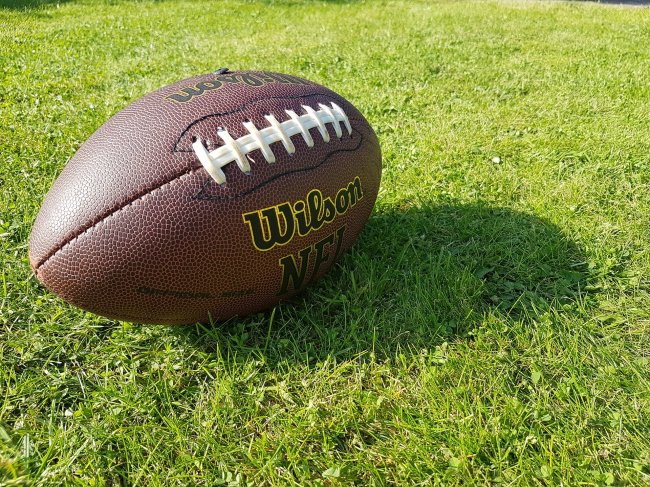 St. John’s Catholic Prep football team head coach Daryl Hayes is ‘lucky to be alive’ according to his family. Coach Hayes suffered a heart attack during halftime during his team’s 53-0 loss to Concordia Prep in St. John’s last game of the season.

Please just take a moment to let that sink in. The man suffered a heart attack while coaching football and instead of heading straight to the hospital he opted to stick around and lead his team to a 53-0 loss during a season that started late and was cut short because of the global health crisis.

An article from The Frederick News-Post says ‘it may well go down as one of the most inspirational games in St. John’s football history’ which is certainly not the outcome you’d expect from a 53-0 loss. That newspaper headline for this story was straight-up perfect. The headline alone is why I chose to write up this article. John Cannon of The Frederick News-Post wrote ‘Despite a 53-0 loss, St. John’s coach gets the ‘win’ by surviving an in-game heart attack’. Then I started reading details on this story and it sounds like something you’d expect to see on Saturday Night Live. The man was literally battling a life-threatening situation and fighting through it without anyone around him realizing what was happening.

Like SJCP assistant coaches and players, Kelly had no clue Hayes was dealing with a life-threatening event during the game. She did notice his trademark energy flagged near the end of the game but figured that might’ve been caused by his team’s struggles against Concordia.

In fact, after a postgame meeting with his players, Daryl Hayes even took time to be interviewed by a reporter. Meanwhile, Kelly stood near the edge of the field after being summoned by SJCP athletic director Pete Strickland.

“Pete Strickland just said, ‘Hang on, he’s doing an interview with a reporter, I’ve got to pull him away,'” Kelly said. “He literally just ended the interview and said, ‘You’re going with your wife to the hospital right now.'”

While his wife parked the car at St. Joseph Medical Center, Daryl Hayes walked into the ER, a detail that later amazed doctors, considering his condition. The coach’s players, though, probably aren’t as surprised by such fortitude. (via Frederick News-Post)

Despite a 53-0 loss, St. John's coach gets the 'win' by surviving an in-game heart attackhttps://t.co/mvFpGR6TYr via @john_jcannon @FrederickSports

He spent the rest of Saturday and Sunday in the ICU before he was discharged on Monday and doctors said they didn’t expect any lingering damage from the heart attack which was caused by a 99% blood clot in an artery attached to his left ventricle. He didn’t leave the game when he experienced numbness in his left arm and left leg during the game, he just fought through it.

The players didn’t know what was happening. His wife thought he’d chilled out but didn’t think anything of it. He was talking with assistant coaches who didn’t suspect anything:

Literally, as it turned out.

“In fact, I remarked to another coach last night after the game that he seemed the calmest he had ever been coaching,” O’Rourke said. “He’s quite animated, he’s passionate. You know, he’s a football coach.” (via Frederick News-Post)

As the second half began he started experiencing chest pain and numbness in his limbs. Coincidentally, nitroglycerin pills in his pocket during the 53-0 loss and he DIDN’T take them. He had bypass surgery in 2018 and has carried them since. According to doctors, if he had taken those pills it could’ve been catastrophic because they would’ve opened up his blood vessels and the blood clot could’ve traveled to his brain and led to a major stroke or aneurism.

The quotes in this article are surreal.

“The doctors said they could tell that he was an athlete because his heart muscle was so strong and can endure a lot,” Kelly said. “They’re saying that there won’t be any permanent damage.”

“We’ll have a lot to be thankful for this Thanksgiving, that’s for sure,” Kelly said. “It was harrowing for me, I’m not going to lie. But it’s a nice outcome after a hard season.” (via Frederick News-Post)

I’m going to just gloss over that part where surviving a major heart attack is described as a ‘nice outcome’ and talk about how this year, if anything at all, we’ve all been taught to recognize when we’re sick and listen to our bodies. We are repeatedly told to stay home if we feel sick. To seek medical treatment if we think something is wrong.

The man lost feeling in his arm and leg and had chest pain and instead of being like ‘okay guys, I’m clearly very sick here and something’s wrong’ he just fought through it until his team lost 53-0. Is it even worth mentioning that if you feel like your body is falling apart on you and something is clearly wrong then you should seek treatment? Do words even matter anymore?

I get that fighting through something for the good of your team after the most difficult year in modern history can be inspiring but FFS the man was having a life-threatening heart attack. There’s a time to inspire and be a leader and there’s a time to maybe not stick around for a 53-0 loss and head to the emergency room so doctors can save your life.

Anyway, you should all go read the full article on The Frederick News-Post because it’s surreal.