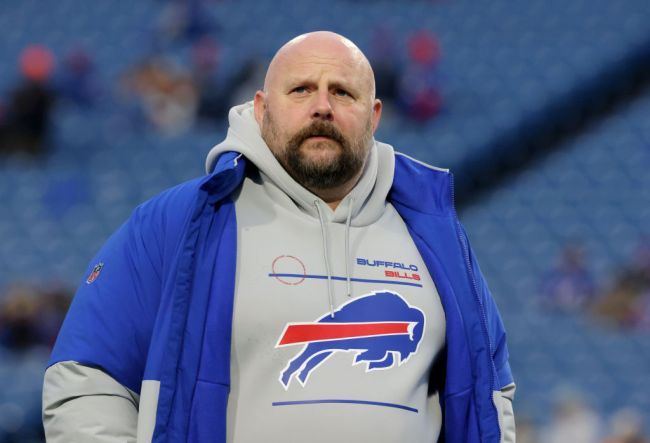 It’s a move that was expected when the Giants brought Joe Schoen over from the Bills, but now that it’s official, fans can begin contemplating what the moves means for this franchise.

Fan reaction to the Daboll signing has been a bit all over the place. There are some that are thrilled with the signing.

Others are not quite as sold on Daboll as the head coach of the Giants.

Daboll should be able to make some noise with these offense 🔥

I am not a fan of this hiring at all. The only thing that maybe makes this a little better is that he’s worked under Bill Belichick and Nick Saban before. Except under Saban was 1 year and he called him out in a press conference. HAS to prioritize run game in NY

Some are just out here looking for laughs after the big signing.

Daboll when he now has to coach Jones instead of Allen pic.twitter.com/xIQ06ezoOZ

Will the offense be giving daboll to saquon

One football reporter also shared a very interesting tidbit with the fans.

The graduate assistants on Nick Saban's staff at Michigan State in 1999: Josh McDaniels and Brian Daboll.

23 years later, the two could land NFL HC jobs over the same weekend.

For the first time in a while, it feels like there is reason for hope in New York. The Giants have made it clear that they are sticking with Daniel Jones next season. if there’s anybody who can get the best out of him, it’s the guy who made Josh Allen an NFL star.

Brian Daboll seems like a great fit for this Giants team and if this move pans out, it might finally start to fix a broken franchise.