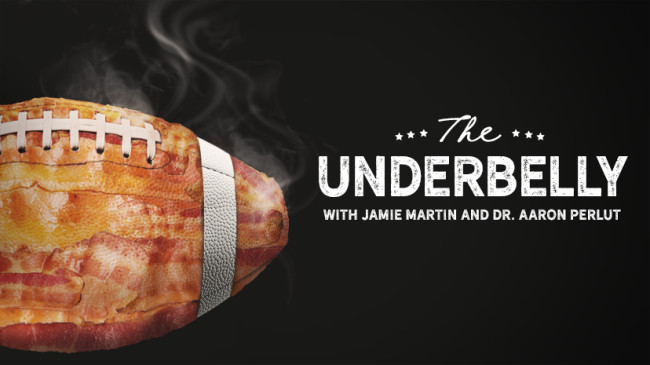 With the Cleveland Browns featuring a rookie and top overall National Football League draft pick at quarterback in Baker Mayfield, this week The UnderBelly Podcast returned for episode three, featuring an interview with the last Browns QB who was the NFL’s number one overall pick in 1999: Tim Couch.

In his interview (24:00), Couch discussed the challenges of being drafted first, the impact of top-level facilities on big-time college sports recruiting, his ballyhooed NFL career that was cut short by injuries and whether Sturgill Simpson should be an honorary Kentucky Colonel. We also debate KFC vs. Popeye’s chicken and Couch dared to scoff at the notion I could beat him in hoops (he went to the University of Kentucky to play both hoops and football). 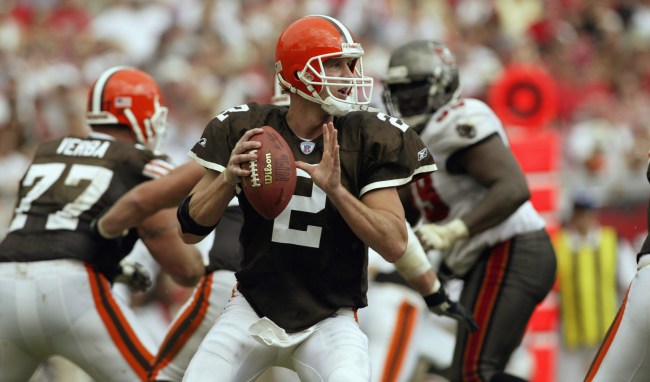 Beyond that, along with co-host and former NFL QB Jamie Martin, we debunked the myth that Eli Manning is washed up (2:10), debated the best and worst Monday Night Football announcing teams in history (7:25) which included my exhibition of the worst Howard Cosell impression in history, bitch about the LA Chargers crap-hole of a beer policy when the Raiders recently visited in our “You Mad Bro” segment (54:45), Jamie takes issue with my complaining about Cubs star Kris Bryant dissing the team’s $200 million offer (13:25), we debate horrible music focusing on Brad Paisley’s vomit-inducing “Ticks” song (60:40) and Pop-Queen Jamie Pesek filled us in on the Insane Clown Posse’s failed dropkick of Limp Biskit frontman Fred Durst (48:50).

So yo – listen to The UnderBelly Podcast, digest, send us your worthless questions at underbellysportspodcast@gmail.com or @TalkUnderBelly, and please – let us know how much you hate us.

Listen + subscribe on iTunes and/or listen to the episode below: