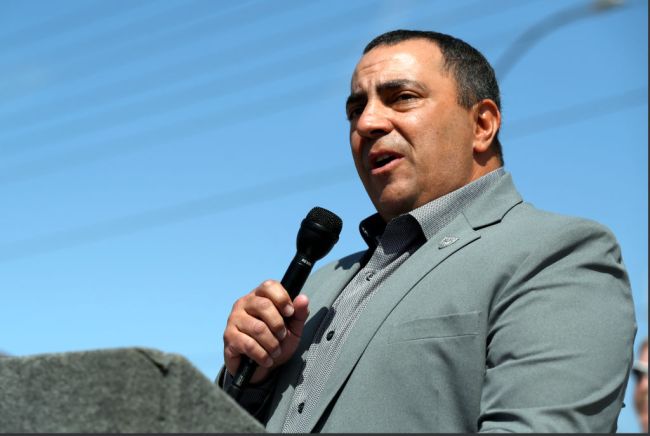 Earlier today, the Las Vegas Raiders released a very short statement to announce that their president, Dan Ventrelle, was no longer a part of the organization. They gave no context to the situation, leaving fans to wonder what caused the sudden departure of a long-time member of the organization.

Later in the night, Ventrelle gave his side of the story and made a bombshell accusation against the Raiders’ owner, Mark Davis.

Dan Ventrelle said he was fired by Mark Davis in retaliation to concerns he brought up of a hostile work environment within the organization, that were ignored. Then he brought them up to the NFL. He has retained legal council regarding his firing. #vegas #raiders #raidernation pic.twitter.com/jDzzdgmqtl

“Today, Mark Davis terminated my employment as President of the Las Vegas Raiders,” Ventrelle said. “I have committed almost 18 years of my life to the success of the Raiders as General Counsel and President. I take that responsibility very seriously, which is why multiple written complaints from employees that Mark created a hostile work environment and engaged in other potential misconduct caused me grave concern. When Mark was confronted about these issues, he was dismissive and did not demonstrate the warranted level of concern. Given this, I informed the NFL of these issues and of Mark’s unacceptable response.Soon thereafter, I was fired in retaliation for raising these concerns. I firmly stand by my decision to elevate these issues to protect the organization and its female employees. I remain committed to doing everything in my power to support the Raiders and the Las Vegas community I now call home. I have retained counsel and will have no further comment at this time.”

The NFL has since vowed to “promptly look into” these allegations against the Raiders’ owner.

Last season was loaded with scandals for the Raiders with Jon Gruden’s emails leading to his resignation and Henry Ruggs being released after causing a fatal drunk driving accident. Now it seems like they’ll be goin right back to dealing with a scandal.