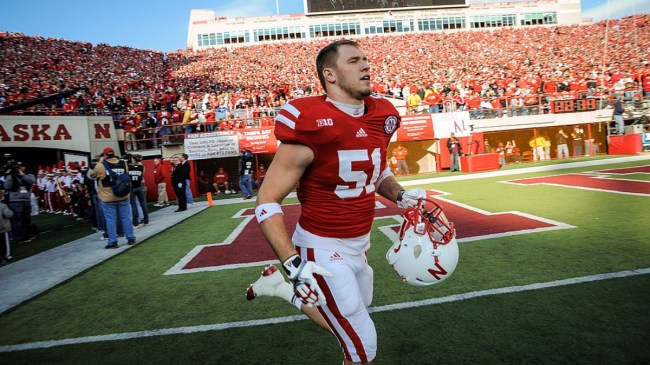 No college football program in the country has had as much time as Nebraska to figure out what they want in their next head coach.

Nebraska was the first Power 5 school to fire their coach this season after Scott Frost failed to get the to a .500 record in his first 5 seasons and opened this year at 1-2.

Since the firing, Nebraska has been linked to a number of big names including Deion Sanders and Bill O’Brien. Last week, there was even a rumor going around that they were finalizing a contract with Sanders.

While that ended up not being the case, there is a new rumor going around about their head coaching position. Earlier today, former Nebraska star Will Compton shared that he had heard Matt Rhule is currently in Nebraska and has a strong connection with the program.

I’m hearing Matt Rhule is currently in Nebraska and the connection is strong with the Huskers pic.twitter.com/OAW5yY6cB3

Rhule’s time in the NFL may have been a disappointment, putting together a .289 winning percentage in just over 2 seasons in the league, but he was a much more successful college coach.

Rhule needed just 3 seasons to turn Temple into a 10-win program and won the AAC Championship in his 4th year in charge of the team.

His time at Baylor was even more impressive. He took over in the midst of a scandal and coached a team that went 1-11 in his first season. In year 2 they won a bowl game. In year 3 he led them to a Big 12 Championship Game berth and an appearance in the Sugar Bowl.

That success in the college ranks should be a much better indication of what he has to offer Nebraska than his years with the Carolina Panthers and that has made him a popular name for most available head coaching jobs right now.

We’ll just have to wait and see if this Nebraska rumor turns out to be true.