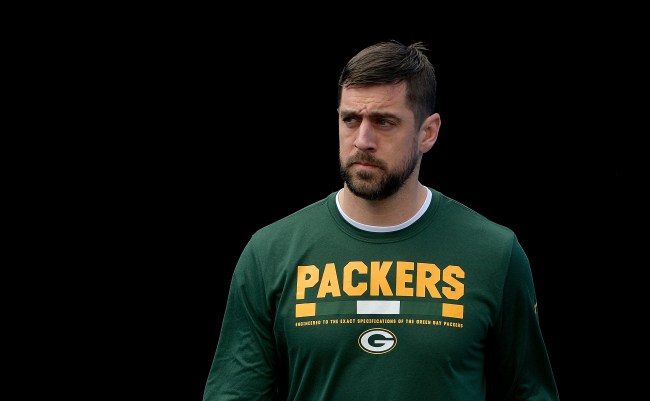 On Wednesday Fansided’s NFL insider Matt Lombardo spoke to an ex-NFL GM who says that many within Green Bay including his teammates view Rodgers as selfish and only put up with him because he’s a superstar.

“The guy’s selfish. Teammates don’t like him. Coaches don’t like him. It’s all about Aaron. They all deal with him, because he’s a superstar. He helps guys make money and put food on the table for their kids, and people respect him for that.”

The 37-year-old Rodgers, who is the reigning NFL MVP, did not report to the Packers for mandatory minicamp amid a reported beef with team GM Brian Gutekunst.

Rodgers denied those rumors when he praised Love during a recent appearance on ESPN’s SportsCenter.

“With my situation, look it’s never been about the draft pick, picking Jordan. I love Jordan; he’s a great kid. [We’ve had] a lot of fun to work together. Love the coaching staff, love my teammates, love the fanbase in Green Bay. An incredible 16 years. It’s just kind of about a philosophy and maybe forgetting that it is about the people that make the thing go. It’s about character, it’s about culture, it’s about doing things the right way.”

It’s unclear how the Rodgers situation is going to end but as of now things aren’t looking good for anyone involved.