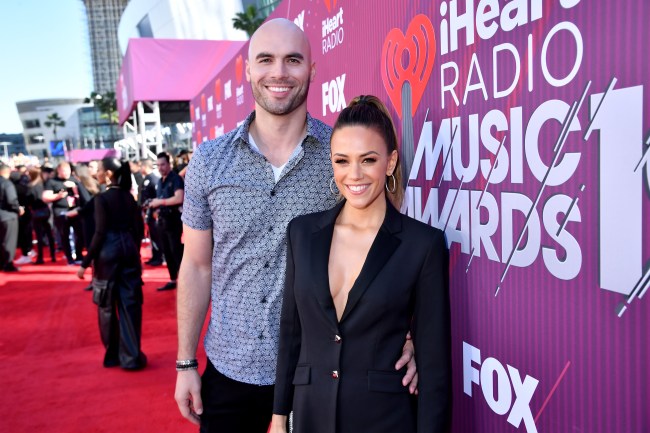 Seven months ago, Caussin and Kramer wrote a book called “The Good Fight: Wanting to Leave, Choosing to Stay, and the Powerful Practice for Loving Faithfully” about staying together despite Caussin repeatedly cheating on her in 2016 which he blamed on being addicted to sex at the time.

Caussin was apparently busted cheating again, which led Kramer to write a post on Instagram about how she’s moving after fighting to save their relationship the past few years.

People confirmed the couple were divorcing due to Caussin’s cheating.

A source tells PEOPLE that the divorce is due to infidelity, which the couple had previously separated over in 2016.

Apparently, Caussin was cheating on Kramer while she recovered from a breast augmentation surgery.

Weeks before her divorce filing made headlines, the Christmas In Mississippi star underwent a breast augmentation procedure. The source tells Us that Caussin had been “helping take care of her post-surgery and helping her take care of the kids,” which made the revelation of his cheating all the more shocking.

“She didn’t know behind the scenes that he was continuously lying and cheating on her,” the insider says, adding that the duo “went to couple’s counseling every week” and were “actively working on their relationship” ahead of their split. “It was the exact pattern that’s happened numerous times [before].”