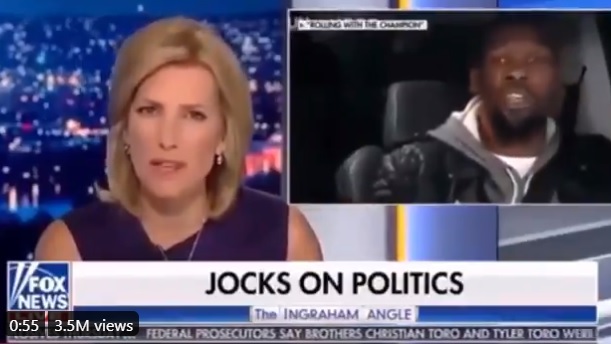 Fox News host Laura Ingraham is getting crushed on Twitter for not being consistent with her views on athletes expressing their political opinions.

Two years ago, Ingraham infamously told LeBron James and Kevin Durant to “shut up and dribble” and keep their political viewpoints to themselves in a segment on her show “The Ingraham Angle”.

Despite her previous comments about LeBron and Durant, Ingraham went on her show last night and defended Drew Brees, who has found himself in hot water when he said that players who kneel during the anthem to protest police brutality are “disrespecting the flag”.

“He’s allowed to have his view about what kneeling and the flag means to him. He’s a person.”

Ingraham was immediately criticized over her double standard with regards to players’ political opinions.

Or maybe you shouldn’t listen to a racist fox news reporter who sways the world by what she says on air. The man has his own school that preaches togetherness 🤡🤡🤡🤡 https://t.co/ou5hPGZ63r

Funny how the narrative changes…. https://t.co/8Nch5KTUmc

As a black athlete this is ridiculous, she sounds ridiculous. “He’s a good Christian man” are LeBron and KD not “good Christian men”?? Fox News is a joke and should be ashamed for having personnel like this. https://t.co/03FOlAxlf7

Racism right in front of your eyes. LeBron and KD can’t have their own opinion but Drew Brees can lol. Sounds about white. Fuck you @IngrahamAngle https://t.co/GAmdoueZ9u

As disgusting as this is, no one should be surprised. https://t.co/Sz3qOb7xPH

there’s something different between lebron speaking about politics and drew brees. i can’t put my finger on it. what could it be?! https://t.co/T8NDdDFl3X

Same Sitiuation, Different response. It’s so engraved in society, she didn’t even know she did it 😂 it’s just how she was raised. https://t.co/ue627QdzU2