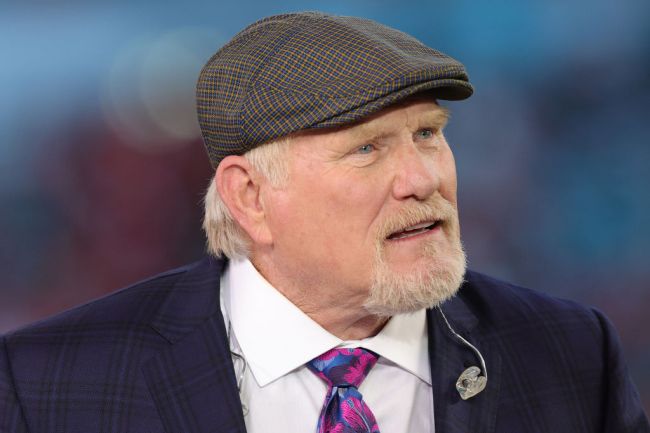 Fox’s Terry Bradshaw has once again drawn the ire of the Internet over his unfiltered comments on Antonio Brown.

On Sunday afternoon, Brown bizarrely quit on his team in the middle of a game and walked off the field shirtless.

Video of Antonio Brown leaving the field after taking off his jersey and shirt and throw it into the stands. pic.twitter.com/1hwNYei5Fq

During Fox’s postgame show, Bradshaw told a national audience that he believed Brown should be put in a straitjacket and taken to the hospital for costing himself $1 million worth in bonus money with a week left to go in the season.

Terry Bradshaw on AB: “Put him in a straitjacket and take him to some hospital.” pic.twitter.com/4c4kMSluG3

Bradshaw was immediately criticized by fans for his insensitive comments.

Whether it's mental health or analytics, the old guys on these studio shows continuously embarrass themselves and the people who decide their insight is still worthwhile to the audience at large https://t.co/uNiH2xB2V3

NFL announcer, Terry Bradshaw: Put him in a straight jacket and commit him.

Terry Bradshaw should be ashamed of himself for this comment on Antonio Brown. “They need to put him in a straitjacket…” pic.twitter.com/pqxJrwTnhd

Terry Bradshaw just said that Antonio Brown needs to be put in a straitjacket and his colleagues said nothing . The Mental Health of NFL players is a big joke to everyone. #nfl @AdamSchefter #foxnflsunday

I’m as sick of Antonio Brown as anybody. But Terry Bradshaw just used some pretty awful language about him saying he needs “a straight jacket” and to be taken “to some hospital.”

Not defending Brown, but come on now.