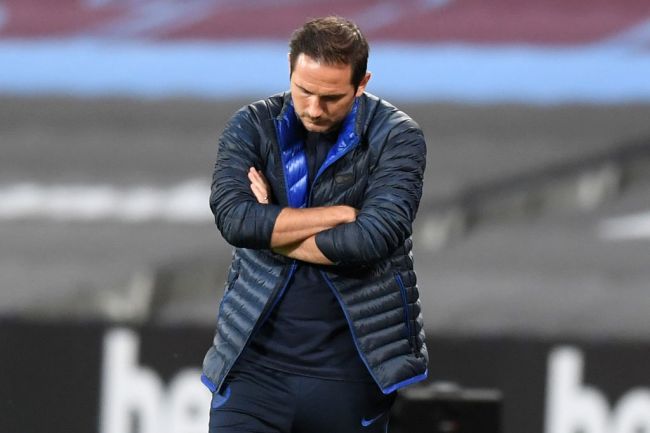 Halfway through his second season as manager, Chelsea Football Club has fired their manager, club legend Frank Lampard, as the team currently sits in 9th after 19 games played.

“We are grateful to Frank for what he has achieved in his time as Head Coach of the Club. However, recent results and performances have not met the Club’s expectations, leaving the Club mid-table without any clear path to sustained improvement.

There can never be a good time to part ways with a club legend such as Frank, but after lengthy deliberation and consideration it was decided a change is needed now to give the Club time to improve performances and results this season,” the club said in an official statement.

Despite a relatively successful first season in charge that saw the London-based club qualify for the Champions League and appear in the FA Cup, the Blue regressed this season despite having spent over $300 million on player acquisitions during the summer, bringing in the likes of Timo Werner, Kai Havertz, Ben Chilwell, and Thiago Silva.

Lampard’s shortcomings were perhaps most evidenced by his failure to integrate Werner and Havertz into the team, as the German pair have just five Premier League goals between them.

At this time, former Paris Saint Germain and Borussia Dortmund manager Thomas Tuchel is the favorite to take over as manager at Stamford Bridge. Whoever succeeds Lampard in London, their goal will be to get Chelsea back into the Top Four by season’s end, as their side and their massive wage bill simply cannot afford to miss out on the Champions League.

Team owner Roman Abramovich also released a statement on Lampard’s firing, stating that he has the “utmost respect” for the 42-year-old, who became a club legend after he anchored Chelsea’s midfield for over a decade from 2001 to 2014.

“This was a very difficult decision for the Club, not least because I have an excellent personal relationship with Frank and I have the utmost respect for him,” Abramovich said. “He is a man of great integrity and has the highest of work ethics. However, under current circumstances, we believe it is best to change managers.”

Chelsea’s next match is in the Premier League on Wednesday, January 27, against Wolverhampton Wanderers.