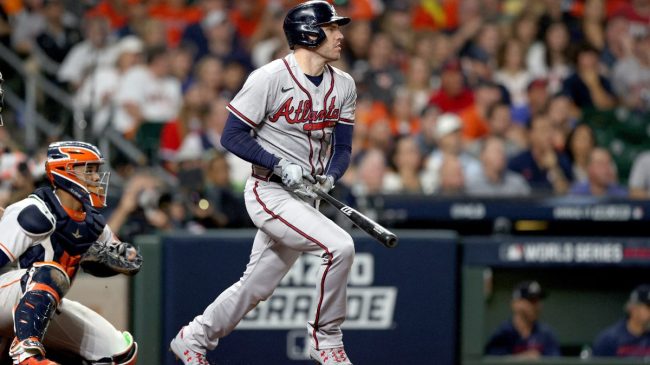 Freddie Freeman has found a new (and old) home on the West Coast.

The native Californian is heading to Hollywood after inking a deal with the Los Angeles Dodgers. The agreement, which was finalized Wednesday night, is reportedly worth $162 million over six years.

The move adds another potent hitter to what was already a deadly Dodgers order.

Last year, Los Angeles finished fifth in the National League in hitting with a team average just under .250. They ranked fourth in the majors in both home runs and runs batted in while crossing home plate an NL-leading 830 times over the course of the season.

Just how good will that lineup in Los Angeles be?

The Dodgers got another MVP on their roster

With Freeman’s addition, the MLB world is reacting. Many are saying that this is the best lineup, from top to bottom, that they’ve ever seen.

MLB World Reacts To Freddie Freeman’s Deal With The Dodgers

Many believed that this move would happen. The Dodgers were one of the leaders to land Freeman’s services if he did indeed leave Atlanta.

The Braves all but answered that question when they signed 1B Matt Olson to an eight-year deal.

Freeman penned a heartfelt letter to the Braves fanbase after learning his fate, but he’s now ready to look to the future. And that future will certainly consist of matchups against his former team as he’s staying in the National League.

With Freeman joining a stacked Dodger lineup, folks are reacting, and many are saying it’s the best order they’ve ever seen. Take a look at the Twitter reaction below.

In nearly 20 years covering baseball, not sure I’ve seen a better lineup than the one the Dodgers will use this season. In some order, it’s going to be Mookie Betts, Freddie Freeman, Trea Turner, Will Smith, Max Muncy, Cody Bellinger, Justin Turner, Chris Taylor and A.J. Pollock.

Max Muncy echoes everyone’s sentiments in Dodgers clubhouse with acquisition of Freddie Freeman: ‘This team will be unbelievable this year.’

Freddie Freeman Heads Home To LA Giving The Dodgers One Of The Best Lineups You'll Ever See https://t.co/J2jcVq6yTC pic.twitter.com/CRD4nRLKdJ

The Dodgers lineup has ALL the infinity stones! #FreddieFreeman

The Dodgers have added Mookie Betts, Trea Turner and Freddie Freeman in a span of 25 months.

They also did it last year w/ Albert Pujols instead of Freeman pic.twitter.com/jYANCfG5Uz

The projected 2022 #Dodgers line-up and their career OPS…

It’s going to be tough to pitch to an order like this. Where is the weak link?

We’ll see if the Dodgers can parlay this addition into a World Series run.