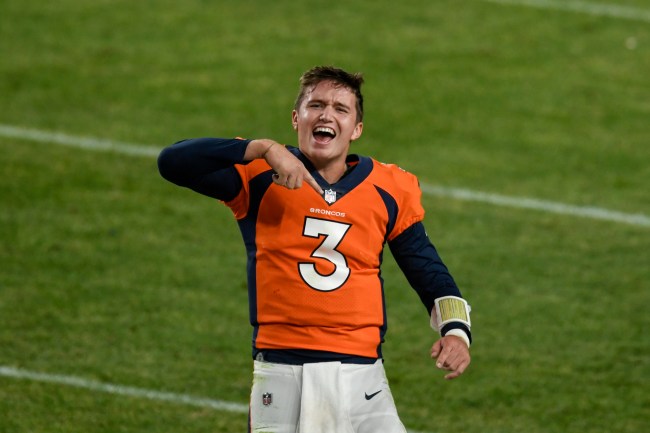 Ever since he got into the league Lock has quickly become a fan favorite with his rapping and dancing on the sidelines.

Will rapping along to Jeezy be Drew Lock’s career defining moment? pic.twitter.com/8hMeum3SD6

On Sunday, Lock once again danced during a game after the team’s comeback win against the LA Chargers.

During his show on Tuesday, Cowherd, who has a long history of hating on players for having too much fun, ripped into Lock for dancing during games and trying to “too cool”.

I’m not into Drew Lock, all the cool dancing, win more games cub scout, if I have to see another one of these, I’ve seen about four times he’s done that, win games. You’re in a franchise with John Elway. John Elway’s shadow is better than you. There’s one quarterback who tries to act cool and it works, Aaron Rodgers, and when you’re that gifted I guess you get to be.