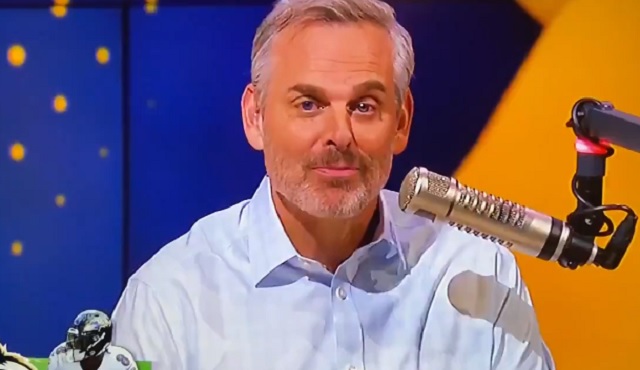 FS1 host Colin Cowherd is pretty well known for having an edgy sense of humor.

Just last the month Cowherd made a pretty risqué joke about Dustin Johnson and his wife Paulina Gretzky during the Masters.

Congrats… on everything, Dustin Johnson. pic.twitter.com/UpdLMuuUsl

On Wednesday, Cowherd might have shared a bit too much information about his preferences in the bedroom after randomly revealing he had “plenty of whips” at home while talking about baseball analytics.

Wait…what did he just say?? 🧐 pic.twitter.com/cMZNkzBSUu

I like the baseball playoffs but so many baseball fans are into all these stats, onbase, and your WHIP, by the way I have plenty of whips at home that have nothing to do with baseball.

way too much information https://t.co/5m1RoqEG8y

I would love to have this type of job security to say stuff like this and NOT lose my job 😂 https://t.co/K99S4PNLa0