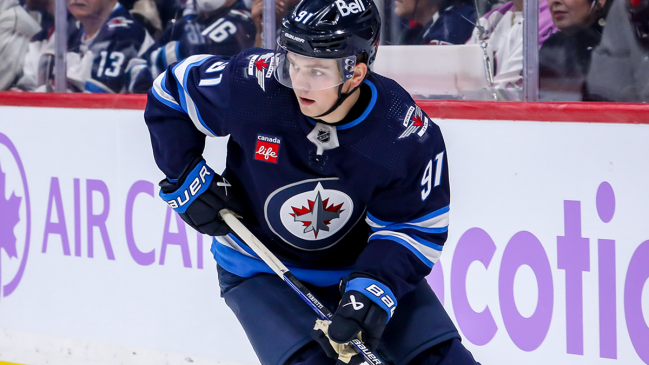 Plenty of hockey fans saw the writing on the wall when the NHL gave teams the greenlight to solicit sponsors for the helmet decals that made their grand debut at the start of the 2020 campaign. That decision seemed poised to mark the start of the descent down a slippery slope plastered with corporate branding, and it didn’t take long for that prophecy to be realized after franchises started slapping logos on jerseys this season.

It’s easy to understand why plenty of people aren’t exactly thrilled with that particular trend (especially the borderline desecration of the previously unsullied sweaters), but you have to be pretty naive to be shocked the NHL (and the teams that comprise it) have embraced what was always a fairly inevitable development with open arms.

The league was obviously no stranger to in-game advertisements prior to the start of the decade. Teams have been plastering the boards with sponsored messaging since the 1980s, although that particular approach to plugging products and services was recently subjected to a major overhaul that’s spawned one of the more controversial issues to come out of the current season.

This year, the NHL opted to squeeze even more money out of its sponsors with the help of technology capable of covering up the physical ads that are permanently plastered on the boards in each arena in favor of the digital counterparts that are broadcasted to viewers at home.

Unfortunately, the rollout has left plenty to be desired. A number of games have been marred by some very noticeable glitches, and plenty of viewers have bemoaned the inherently distracting nature of animated ads that serve their intended purpose at the expense of, you know, the hockey game responsible for getting people to tune in.

Taylor: I think there’s been a glitch.
The glitch: pic.twitter.com/ngDWD5JmWg

On Tuesday, NHL commissioner Gary Bettman addressed that backlash at the league’s Board of Governors meeting. According to ESPN‘s Greg Wyshynski, he attempted to downplay the criticism by not only claiming internal polls have shown most fans aren’t distracted by the ads but asserting viewers “find games more watchable” compared to broadcasts featuring static branding.

Bettman says that digital dasherboard ad backlash is a “non-issue” because their polling indicates fans find games more watchable with those digital ads replacing physical ones.

As of this writing, Bettman has failed to produce any receipts or specific numbers to support that bold assertion. It’s also unclear who was tasked with conducting the polling in question, but I wouldn’t be shocked to learn it was the same association that compiled data confirming the commish totally, definitely had a cool girlfriend who lived in another state when he was in middle school.