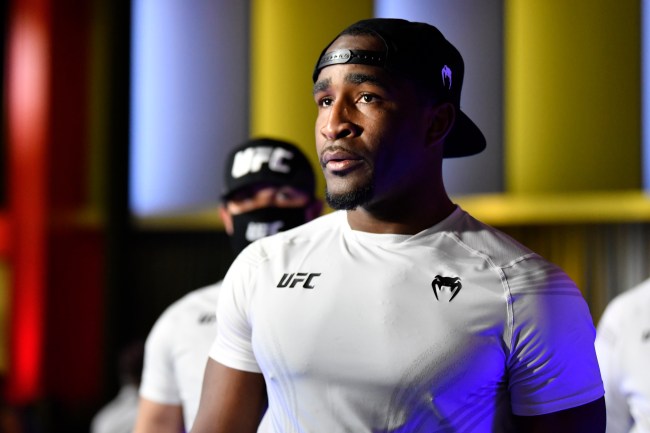 Geoff Neal was in the news for all the wrong reason last week. He was less than 2 weeks away from a fight on the main card of UFC 269 when a report surfaced that Neal had been arrested for a DWI on Thanksgiving morning.

In his comments, Neal points out that he has yet to be charged with any crime. According to Neal, there was “a situation that happened” and the cops got involved.
Neal states that he opted for a blood test instead of the breathalyzer to determine his blood alcohol level and is now just awaiting the results.

In the video, Neal was also asked about how the arrest is impacting his fight camp. He says that it isn’t having any effect right now and that it’s just something he has to deal with right now.

As it stands, Neal is facing the DWI charge as well as a weapons charge, but the weapons charge is because of a Texas law that makes it illegal to possess a weapon while committing a crime. Neal confirmed in the press conference that his gun is legally owned and registered in his state.

Both charges will be dismissed if the blood test results show he was under the legal alcohol limit.

For now, all Neal can do is continue to prepare for his upcoming fight against Santiago Pozinibbio. Both men are striking specialists who find themselves inside the top 15 in the UFC’s welterweight division.

A win for either fighter should set them up to take on a top 10 opponent in their next bout.