Heyyyyyy, now here’s some good news! Let’s hear it for #33, a Georgetown University and New York Knicks legend. According to sources on Twitter, Patrick Ewing has been hired by the Hoyas to fill the team’s basketball vacancy. Yesterday it was reported that he took a meeting with his alma mater while in town for a Hornets game:

Sources with knowledge of the situation confirmed Sunday evening that Ewing, 54, will interview for the head coaching job Monday in Washington, a step toward potentially installing the Hall of Fame center as the program’s next leader.

Ewing’s interview, which was first reported by The Vertical, will come while Ewing’s current employer, the Charlotte Hornets — for whom he works as associate head coach under Steve Clifford — is in town for a game Tuesday night at Verizon Center against the Washington Wizards.

Gonna be great to have such a legend leading such a storied college hoops program. Now let’s bring back the Reebok 33s: 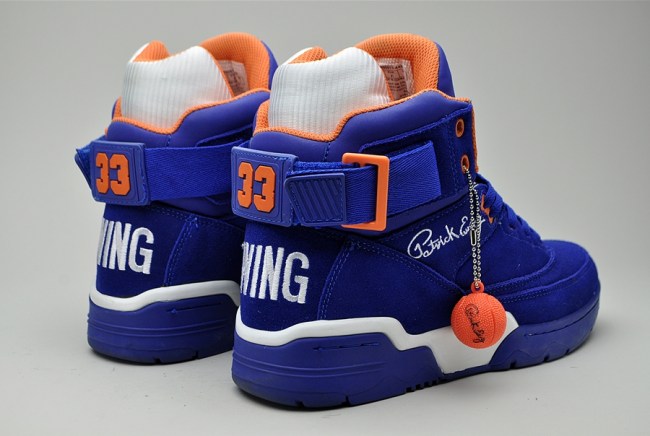