Georgia Football’s Defense Is Absolutely Terrifying Based On 2022 NFL Draft No. 1 Pick’s Replacement 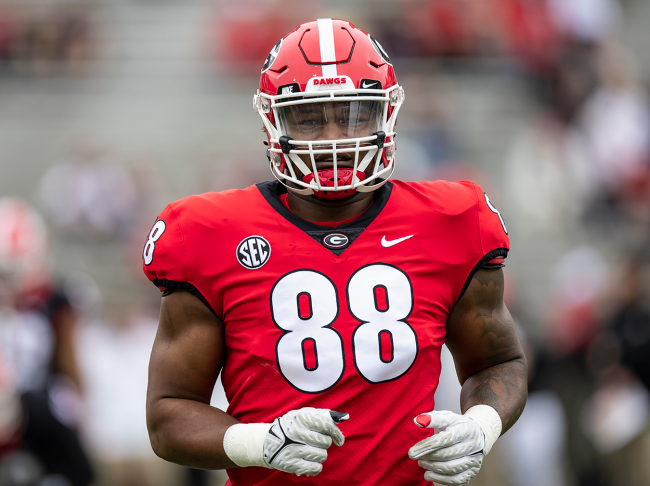 With the first overall pick in the 2022 NFL Draft, the Jacksonville Jaguars selected Travon Walker out of the University of Georgia. The pick came with some controversy amongst those who thought Aidan Hutchinson was the pick, but the SEC defender is a certified dog— literally, seeing as he played for the Bulldogs.

When a college football program loses a junior like Walker to the NFL Draft and he goes No. 1 overall, it is not typically a good sign for the future at that position. At the very least, there is expected to be a drop off. The team is losing the best NFL prospect in the country, it’s normal.

That is not the case for Georgia this fall and that’s scary.

Rising junior Jalen Carter has a legitimate chance to go No. 1 overall in the 2023 NFL Draft, assuming that whatever team picks first needs a defensive lineman.

Carter, who stands 6-foot-3, 310 pounds, was a five-star recruit out of Florida and the fourth-ranked player at his position in the Class of 2020. He has made himself heard in his first two years in Athens.

As a freshman during the COVID-shortened 2020 season, Carter played in all 10 games and made two starts. He finished with 14 total stops, three for lost yardage, and 13 QB pressures. It was a good start.

As a sophomore in 2021, Georgia defensive lineman Jalen Carter announced his arrival.

Well, the first stat line is Walker and the second is Carter.

That’s frightening. Opposing offensive linemen are going to be having nightmares about Carter during the week leading up to their Georgia game this fall.