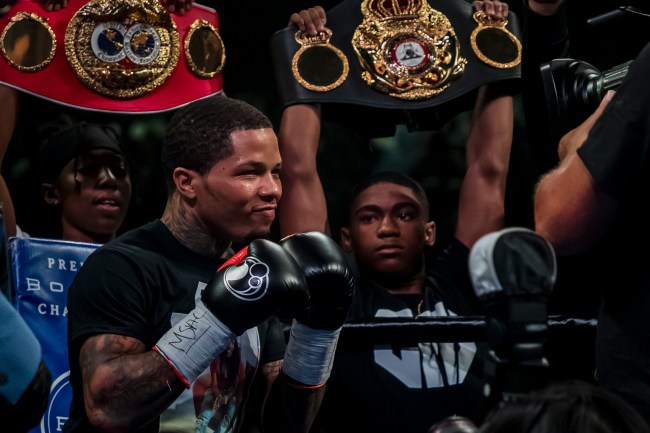 If you don’t know Gervonta ‘Tank’ Davis by now, you will soon enough. The 25-year-old boxer is signed to Floyd Mayweather Jr.’s Mayweather Promotions and has never lost. He faced Leo Santa Cruz, who is from Michoacán, Mexico on Saturday night and took a play out of his promoter and mentor’s playbook for his ring walk.

Davis, a three-time world champion in two weight classes from Baltimore, came out with rapper Lil Uzi Vert and rocked an outfit that was nearly identical to Mayweather’s in 2007. Mayweather wore a big sombrero and a rob with the colors of the Mexican flag for his fight against Oscar De La Hoya and walked out with 50 Cent.

Both outfits were intended to troll their opponents and get the fans riled up. The fight on Saturday night was in San Antonio, Tex., which is not far from the United States/Mexico border, so the fans did not take kindly to Davis’ ring walk.