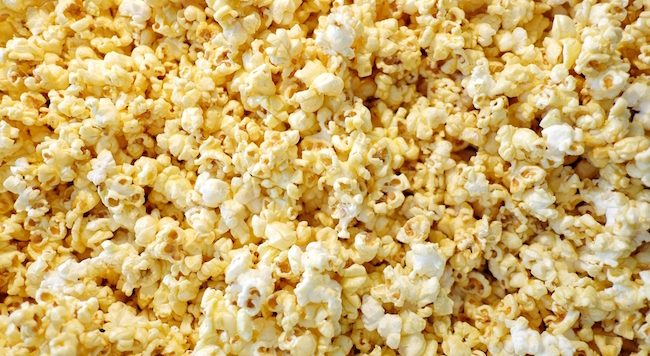 Being a rookie in the NBA is basically the same thing as joining a frat if you were paid millions of dollars to participate in Greek life. Thankfully, the hazing that comes with being a first-year player doesn’t come with the risk of alcohol poisoning, but it’s a virtual guarantee that you’re going to have to put up with some shit along the way.

Milwaukee Bucks shooting guard Sterling Brown learned this lesson the hard way on Tuesday when he walked out to his car in the team’s parking garage only to discover the interior was filled to the brim with popcorn (it apparently took 10 large garbage bags filled with the snack to pull off the stunt). The prank was the brainchild of Bucks superstar Giannis Antetokounmpo, who set out to teach his teammate a lesson for not fulfilling one of the many duties rookies are assigned.

Brown apparently failed to provide The Greek Freak with the towels he expects to have on his seat during every game and was met with an avalanche of popcorn every time he opened one of his doors as a result.

The rookie appeared to take the prank in full stride— unlike Kenyon Martin, who had to restrain himself from murdering J.R. Smith after falling victim to the same prank.

I hope the person who gets paid to detail Brown’s car gets the tip they deserve.