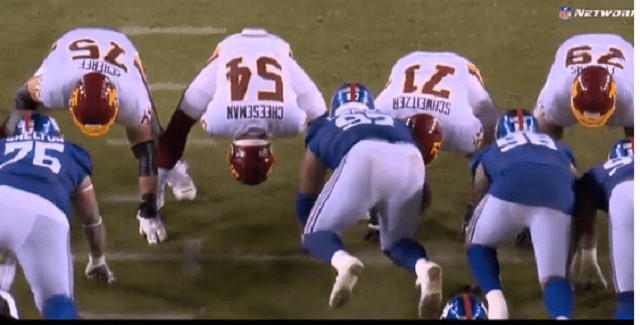 The NY Giants had several chances to put the Washington Football Team away on Thursday night but somehow found a way to lose the game.

Late in the game with time expiring on the clock, the Washington Football Team missed their game-winning field goal attempt but Giants defensive end Dexter Lawrence was called offsides on the play allowing for a re-kick.

WASHINGTON MISSES THE FG BUT THE GIANTS ARE OFFSIDES pic.twitter.com/Zn8cYEaj6g

WFT was then able to kick the game-winning field goal leaving no time on the clock and NY Giants fans were absolutely sick to their stomachs.

On the next chance, Hopkins send Washington home with the win 🤯pic.twitter.com/fa9X9nUXgx

The Giants are downright EMBARRASSING 🤡

This is probably the worst loss since the last time the giants did this less than a year ago ….